Manitoba and Saskatchewan could experience the driest conditions in 100 years by this summer, climatologists warn
May 19, 2021 7:05 AM By: By Robert Arnason, Western Producer 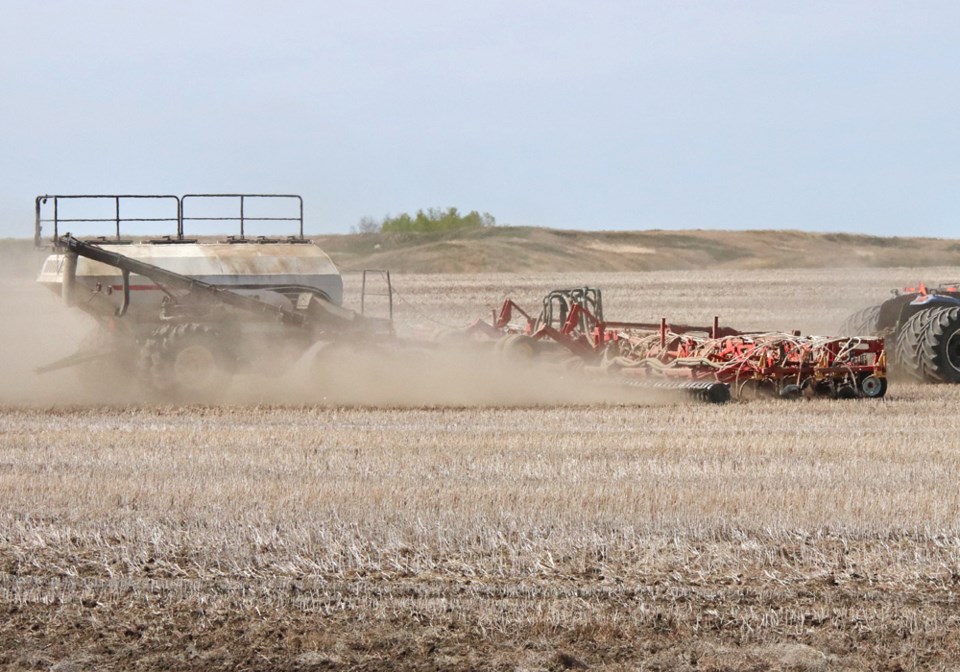 Soaring commodity prices have boosted farm revenues this spring, but a potential once-in-a-century drought is looming over a promising year for Prairie farmers.

Canola prices recently hit a 13-year peak, gaining 52 per cent year-to-date as of April. Corn has surged 50 per cent in the past four months to reach its highest level since 2012, soybean prices are returning to levels not seen since 2013-2014 and wheat prices are the best since 2012, according to the Grain Growers of Canada.

But data from the National Aeronautics and Space Administration (NASA) shows that millions of acres of farmland, from North Dakota and across the border into Manitoba and Saskatchewan, have extremely low soil moisture this spring.

Farmers should not underestimate the drought of 2021, says a North Dakota climatologist.

“If I was looking at the soil moisture for 100 years and rank it from driest to wettest, the current conditions right now would lie between one and two (for driest),” said Adnan Akyuz, North Dakota state climatologist.

“The dryness is unprecedented, right now. It is the driest nine-month period on record, since 1895.”

Many parts of Manitoba, Saskatchewan and North Dakota have received less than normal precipitation for nearly two years. That’s why soils, at depth, are abnormally dry.

Akyuz relied on NASA data, from the Short-term Prediction Research and Transition Center, to reach his conclusion that it’s the first or second driest spring in 100 years.

“I don’t know the exact ranking I would provide, but it’s in that range,” said Trevor Hadwen, agro-climate specialist at Agriculture Canada in Regina and part of the team that manages the Canadian Drought Monitor.

Looking across North Dakota, it’s hard to exaggerate the severity of the drought, Akyuz said.

Since last summer, minimal precipitation has fallen on the region. Weyburn, Sask., for instance, received only 50 millimetres of rain and snow from Sept. 1 until the end of March. Normal for the period is 150 mm.

It will take many rains this summer to replenish the soil moisture, which means a fundamental shift from dry to wet weather.

“It is going to take above normal precipitation [for]several months,” Akyuz said.

The U.S. Climate Prediction Centre, however, is forecasting a warmer than usual June, July and August for the northern plains. That means any rain that does fall, is more likely to evaporate.