Fall of a Prairie icon

Saskatchewan’s iconic wooden elevators are quickly disappearing from the Prairie horizon
May 6, 2021 7:31 AM By: Western Producer And Wi Staff 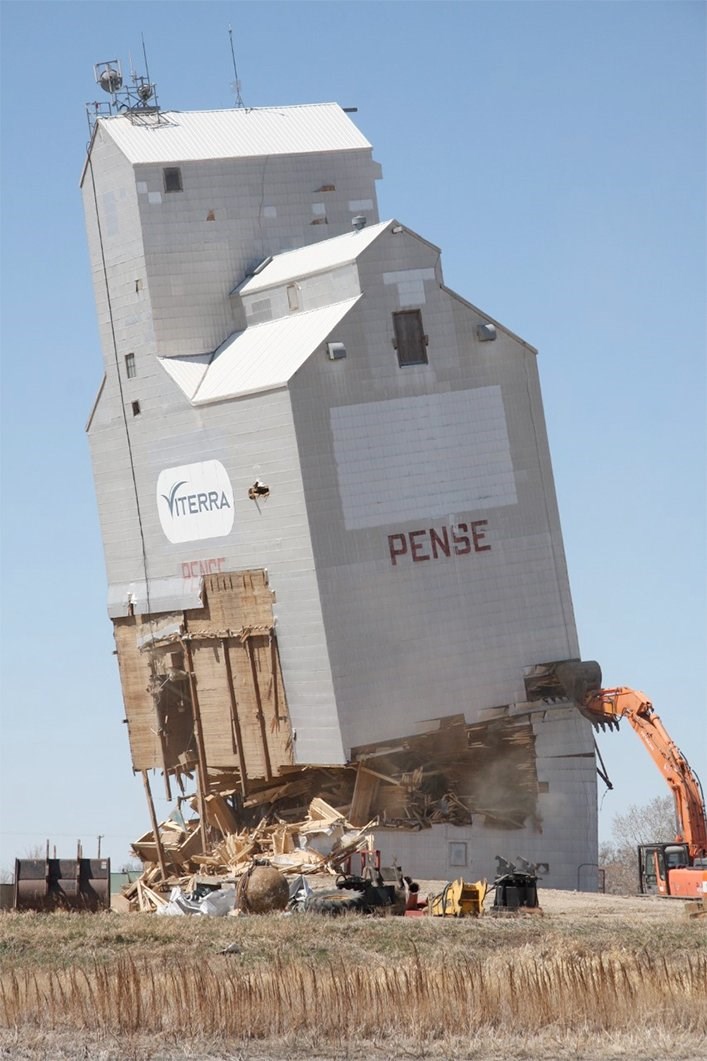 The last wooden grain elevator in Pense, Sask. was toppled May 3. | Karen Briere

The last remaining wooden grain elevator in Pense, Saskatchewan was demolished May 3 by Adair’s Demolition, another death in what was once a near ubiquitous symbol of Prairie prosperity.

It was owned by Viterra, officially closed in 2001 and then used for storage until last year.

At one time the community had six elevators, beginning with the first built in 1892.

In Westlock, the last wooden elevator will soon begin disappearing from ‘elevator row’ adjacent to the Canadian National Railway tracks, it was announced in April.

The board of directors of Westlock Terminals NGC Ltd. voted to dismantle the wooden facility, the last of six that once dominated the Westlock skyline.

Terminals chief executive officer Clifford Bell said the process is already underway and will be done as soon as possible.

According to the Encyclopedia Saskatchewan, there were 3,035 primary grain elevators in Saskatchewan in 1950 and that had number dropped to 2,750 by 1970.

The number "declined tremendously" after that. By 2004, only 197 primary elevators were left.

Grain elevator enthusiast Jim Pearson, who kept a running tally of all standing elevators in the province, died in 2018. His last count was 427.

There is at least one less today.