New $32 million helium purification facility near Battle Creek is the biggest such plant in Canada. Saskatchewan is one of the few places in the world with large helium reserves.
May 13, 2021 10:35 AM By: Pipeline News 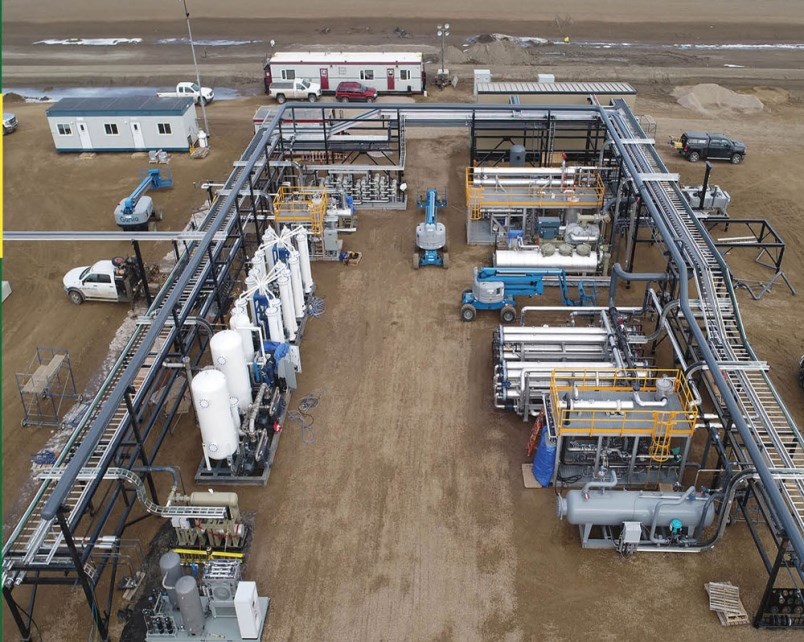 Saskatchewan is now officially home to the largest helium purification facility in Canada.

Located near Battle Creek in the province's southwest, the new $32 million facility, owned and operated by North American Helium Inc. (NAH), is expected to produce more than 50 million cubic feet per year of purified helium for commercial sale.

"This facility will create and support local jobs, enable the province to scale up helium production, and grow export capacity," Energy and Resources Minister Bronwyn Eyre said. "It will also further diversify our natural resource sector and position Saskatchewan as a leading supplier of a critical element that the world needs."

Helium is included on both the Canadian and American lists of critical minerals, considered necessary for the modern economy, emerging technologies or which face supply chain risks.

Prices for helium have risen by more than 160 per cent since 2017, as a result of increased global demand and shortage of supply.

Canada currently has the fifth-largest helium resources in the world, with significant underground reserves in Saskatchewan.

The NAH purification project was approved for the province's Oil and Gas Processing Investment Incentive (OGPII) program, which provides new or expanded gas processing and liquefaction facilities with a 15 per cent transferrable royalty credit, based on capital expenditures.

Saskatchewan is one of the few jurisdictions in the world that can support the drilling of dedicated helium wells, rather than as a by-product of hydrocarbon production. This makes helium production significantly more environmentally friendly in Saskatchewan than in competing jurisdictions.

With the NAH facility, there are now nine active helium wells in the province and 24 in the drilling process. The Government of Saskatchewan expects the number of helium wells will eventually surpass 100.