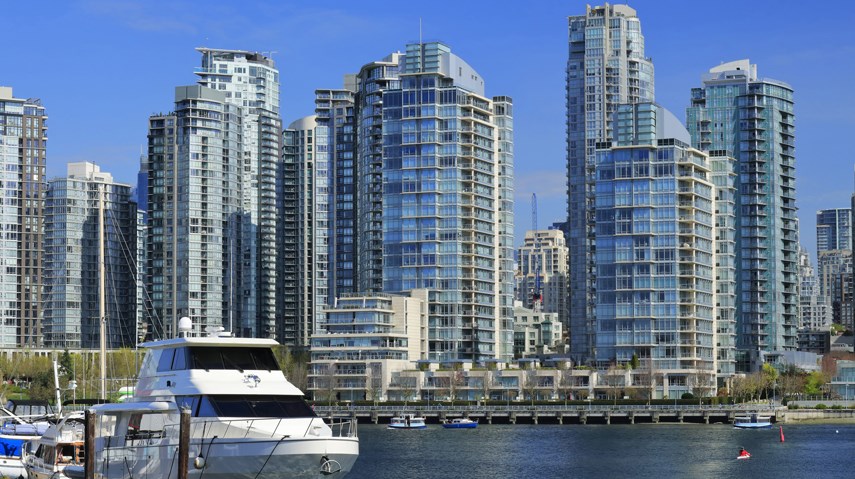 The week’s top stories focus primarily on Metro Vancouver’s housing market, while also taking a look at the forecast for Winnipeg’s economic strength this year. In Vancouver, average home prices are continuing to drop – but is it enough to make a lasting impact on the regions affordability crisis? Meanwhile, in Winnipeg, new developments are signifying a strong year in real estate for the Manitoba city.

Here is Western Investor’s pick of the most buzz-worthy commercial real estate stories published this week.

Non-residents own 3.7% of B.C. homes, much higher in new units: CMHC – Western Investor

While there is a common perception that overseas buyers have snapped up much of the real estate in B.C.'s major cities, the number of homes in the province owned purely by non-residents is 3.7 per cent, according to a study of Statistics Canada data by Canada Mortgage and Housing Corporation (CMHC), published March 12.

Including homes that are jointly owned by a mix of residents of Canada and non-residents – such as a satellite family where one spouse is resident in Canada, or a local student who jointly owns a home with their overseas parents – adds another 2.5 per cent. This brings the total proportion of B.C. homes with some “non-resident participation” to 6.2 per cent, said CMHC.

However, the proportion of non-resident ownership varies dramatically when broken out by property type and by year of construction.

The share of the province’s homes owned purely by overseas residents was found to increase dramatically among newer properties, rising to a peak of nearly nine per cent built in the frenzied 2016/2017 market.

The non-resident-owned median assessment value of a single-family house in British Columbia was $236,000, or 36.7 per cent, higher than the median-valued resident-owned detached house in B.C.

Real estate association blames mortgage stress test for “sidelining” buyers and is calling for feds to scrap it entirely.

The federal mortgage stress test is to blame for a drop in sales that has led to an average B.C. home price decline of nearly 10 per cent, according to the British Columbia Real Estate Association (BCREA).

The average MLS home sale price in the province last month was $678,625, a drop of 9.3 per cent from one year previously.

The combination of lower sales and falling prices meant that total residential resale dollar volume in February was down 33.8 per cent year over year, to $3.08 billion.

“Prospective homebuyers continue to be sidelined by the mortgage stress test,” said Brendon Ogmundson, BCREA’s deputy chief economist. “As a consequence, and despite a strong B.C. labour market, sales remained slow in February.”

Falling home sales across the province have led to a rise in available home inventory. Listings on the MLS have risen by 36.5 per cent over a year to 30,891 homes for sale in B.C. This brings the overall sales-to-active-listings ratio to a balanced market, at 14.7 per cent, compared with the strong seller’s market at 27.4 per cent one year previously.

As ever, markets vary widely across the province, and a decline in the average provincial sales prices doesn't necessarily mean better affordability in certain areas or among certain home types. Of the 12 real estate boards cited in BCREA’s report, 10 saw February home sales down from a year ago, but seven boards are still seeing higher average home prices than one year previously. These areas are Victoria, Vancouver Island, Powell River, Kamloops, Kootenay, Chilliwack and B.C. Northern.

Of the larger markets, the area to see the biggest annual price decline was Greater Vancouver, at 11.5 per cent. A significant reduction in sales of expensive Metro Vancouver detached homes has brought down the average sales price significantly, while entry-level home prices have not fallen by as much.

The BCREA is now repeating its calls for the federal government to scrap the mortgage stress test. In a note released this week, BCREA chief executive officer Darlene Hyde said, “We would like to see a review and reconsideration of the current mortgage underwriting ‘stress test,’ as well as a return to 30-year amortizations for federally insured mortgages. These rules must be changed now before B.C. families are left further behind.”

Hyde said that it was not only the real estate market that was affected by the stress test, but also the wider economy. “The B-20 stress test is also having a negative impact on homeowner equity, family spending and the housing stock itself. There’s a knock-on effect to the overall economy as families who are worried about declining home equity cut back on retail spending, home renovations and other products and services.”

“Changes in prices do not materially affect resale activity [in] Vancouver,” says economist, who predicts the price drop may not signify the relief some are hoping for.

The ongoing slide in the benchmark price for a residential property in Metro Vancouver is approaching the point that will make headlines: the million-dollar mark.

When the benchmark price broke through $1 million in July 2017, it confirmed the sense of crisis around the local housing market. Now, with prices heading south, will there be a collective sigh of relief that properties are again affordable?

Recapping the 2018 housing market, Ontario economist Will Dunning writes in the latest report from New Westminster-based Landcor Data Corp. that Vancouver is not like other markets.

To be sure, there’s some stickiness in the benchmark price. Activity in February shifted it $1,800 below where it was in July 2017. It could dip below $1 million this month, or spring housing activity could support it for another month.

When prices decrease, on the other hand, it’s not enough to make them affordable.

“Changes in prices do not materially affect resale activity [in] Vancouver,” he concluded. “The level of house prices is preventing [potential buyers] from acting on their desires.”

RBC Economics called for more housing choices in its own report. Price is important, but it follows supply.

“What millennials in Vancouver and Toronto really need is more inventory of homes they can afford, and a better mix of housing options – be it to own or rent,” RBC senior economist Robert Hogue said.

Vancouver renters are often price takers. The city, meanwhile, is the price maker, because it governs housing supply by approving projects and, in the case of its rental incentive program, establishing a maximum for what it considers affordable rents.

The latest guidelines for affordable rents in the city drew hooting and guffawing from the usual quarters, but this year there’s some good news. Recommended rents for two- and three-bedroom units are down from last year.

The changes indicate that the city’s efforts to offer more family-sized units seem to be working, but that’s cold comfort for those facing smaller units, by choice or availability (read: necessity). The maximum rents for both studio and one-bedroom units considered to be affordable increased 7.4 per cent and 8 per cent, respectively, on both sides of the city. This works out to $1,607 a month for an east-side studio, and $1,869 for a one-bedroom unit (west-side rents for both types are 10 per cent higher).

However, the news gets worse for those seeking smaller units. The increases in the maximum rents are approximately triple the province’s 2.5 per cent maximum allowable rental increase within tenancies.

Tallest tower signals go-for-it attitude in Canada’s centre-ice city, where tech, housing, retail and industrial are shaping one of the most robust economies in Western Canada.

A new 40-storey mixed-use apartment tower has begun ascending and will assume the title as Winnipeg’s tallest building when it’s completed in a couple of years, leaving the current record holder – 33-storey 201 Portage – quite literally in its shadow.

The $160 million tower isn’t coming out of the ground like most projects of this scale; instead it’s being built on top of the Shops of Winnipeg Square mall just a stone’s throw from Portage and Main.

Featuring 400 apartments, it will also have common space on the upper floor, meeting rooms and a mix of office and retail space.

“We wanted to build a landmark apartment building that would differentiate from anything else in the city. It will be quite luxurious with spectacular views overlooking The Forks [the confluence of the Red and Assiniboine rivers]. Being tall is important,” said Frank Sherlock, executive vice-president of property management at Artis Real Estate Investment Trust.

Dayna Spiring, president and CEO of Economic Development Winnipeg, said putting apartments at the city’s most famous corner was the next logical step and was probably long overdue.

“We’ve built Portage and Main up to be the epicentre of the business community. Putting residential on that corner and building it out is a great opportunity. We have people who will live and work downtown, and when you have that kind of concentration at that corner, it’s a good thing for the city,” she said.

Things are hopping just a couple of blocks away in the city’s historic Exchange District. Technology and digital media companies are hiring people and taking over significant amounts of real estate.

Ubisoft Entertainment, for example, a France-based video game developer, recently cut the ribbon on its new space in the historic Merchants Building. It already has 25 employees – one- quarter of what it predicts it will ultimately have within five years - and plans to invest $35 million in the province.

Food delivery service SkipTheDishes has also been gobbling up space at an alarming rate. It has operations in five different buildings and is hiring 175 people a month.

All indications are development is going to continue at an impressive pace, as the value of building permits in Winnipeg has hit record levels annually for two straight years.

“We’ve seen the momentum shift in this city with what we’ve built and are investing in. It’s not just keeping the lights on. We’re investing in becoming a world-class city,” Spiring said.

A share of that investment is in the office sector, which analysts expect to “be very active” this year after more than 50,000 square feet of space was leased up in the last half of 2018. Coming to the downtown is a 57,000-square-foot office complex in Sterling Business Park, where nearly half the Class A space has been pre-leased.

Winnipeg’s overall office vacancy rate is 8.9 per cent, but it has tightened to 5 per cent in the suburbs, according to a joint survey by Cushman & Wakefield and Stevenson.