Despite assurances, it is apparent that a small minority of Canadians do have veto power over major resource projects
Jan 29, 2021 6:43 PM By: Frank O'brien 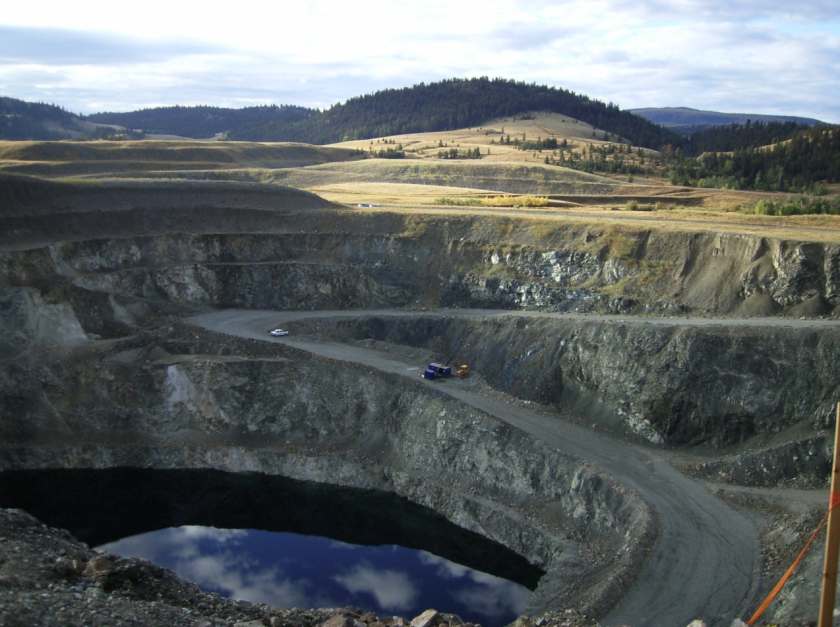 The Ajax mine near Kamloops among projects nixed. | KGHM

Any B.C. major resource project, regardless of its importance to the economy and employment, is apparently subject to a veto from First Nations, despite a Supreme Court assurance to the contrary.

Further evidence came this month during a government panel session at the BC Natural Resources Forum, when moderator Sharon Singh of Bennett Jones asked: “Timelines are often an issue for timely project delivery in the resource sector. What is government planning to kick-start the economic recovery on the regulatory front?”

Currently it takes an average of 13 years to take a B.C. mining project, for example, from discovery to approval and construction , though things can go quicker if you have local First Nations on board, the forum was told.

A point of contention in UNDRIP is whether the right to “free, prior and informed consent” means First Nations have a veto over resource development on their traditional territories. That remains under debate, but there is little doubt how it is playing out in the resource sector.

The Forum heard that first a project applicant may have to spend a few million dollars explaining its plan to relevant First Nations before it even submits an application for an environmental permit.

That way they would know up front whether the province will even accept the application to the Environmental Assessment Agency. Your project may be dead before it is even subjected to an environmental review.

The idea is to weed out projects that have no hope of getting government approval, so that companies do not waste years in a process that will eventually reject their proposal – the $1.5 billion Ajax Mine proposal being one recent example of that.

He cited Blackwater, Eskay Creek, Castle, Highland Valley, and Cariboo Gold as some of the projects that “are working their way through the system.”

That system may be stacked against the mine proponents.

First Nation opposition has either stalled or killed a number of B.C. mining projects, including the New Prosperity mine – vigorously opposed by the Tsilhqot’in – and the $1.5 billion Ajax copper mine, which was killed in 2018 when the B.C. government declined the project an environmental certificate. That rejection was based, in no small part, on resistance from the Stk'emlupsemc Te Secwepemc Nation in Kamloops.

In February 2020, reacting to a ruling against a Tsleil-Waututh and Squamish First Nations and Coldwater Indian Band Supreme Court of Canada appeal to stop work on the Trans Mountain pipeline, the Federal Court of Appeal stated, “While the parties challenging cabinet’s decision are fully entitled to oppose the Project, reconciliation and the duty to consult do not provide them with a veto over projects such as this one.”

But Dale Swampy, president of the National Coalition of Chiefs and a member of the Samson Creek Nation, Alberta, noted that UNDRIP leans towards a veto of resource projects.

“UNDRIP mentions economic rights and development 14 times. Yet the discussion on UNDRIP has focused narrowly on the ability of Indigenous peoples to say “no” to economic development,” Swampy wrote in 2019 op-ed column in the Financial Post.

“We caution provincial and federal governments and the courts not to turn the affirmation of Indigenous rights as described by UNDRIP into an excuse to deter investment in resource projects on Indigenous territories by making the process too risky or unclear for potential participants in these projects, who increasingly are First Nations-owned corporations and businesses,” Swampy concluded.