Entrepreneur Frank Di Benedetto’s FDF Restaurant Brandz set to close the deal on May 31
May 7, 2018 11:01 AM By: Glen Korstrom 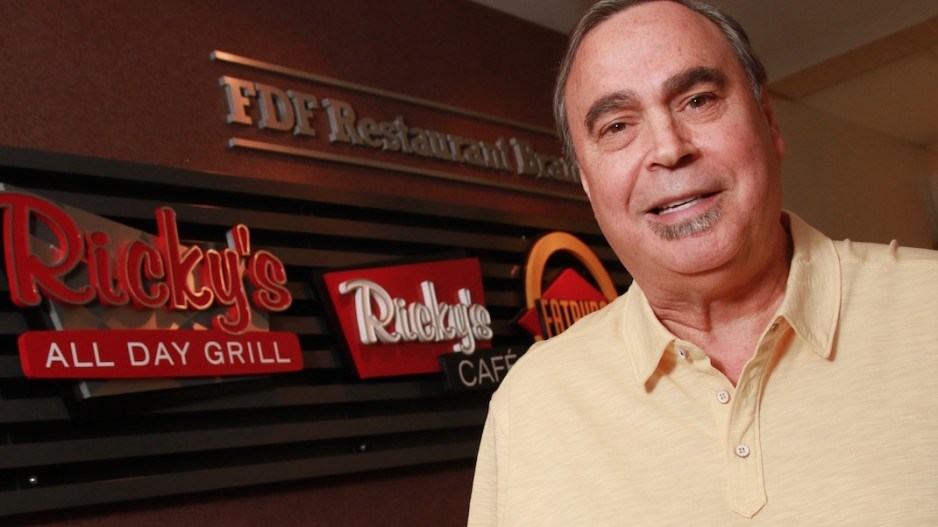 One of B.C.’s most successful restaurant-franchise entrepreneurs intends to expand into the Italian-food business by purchasing the 30-location, Vancouver-based Famoso Neapolitan Pizzeria chain, giving him a total of 171 restaurants.

For Frank Di Benedetto, whose FDF Restaurant Brandz is set to close the deal by May 31, the purchase for an undisclosed amount is more than just a sound business decision.

“To be successful in this business, it’s not just a numbers game or a numerical exercise; you have to fundamentally be passionate about the food,” Di Benedetto told Business in Vancouver. “And you can appreciate from my surname - Di Benedetto – that I’m pretty passionate about Italian food.”

Di Benedetto first found success as a consultant at Ricky’s All Day Grill in the late 1990s. He went on to become president of that chain and then its owner. In 2005, he bought master-franchise rights for Canada for the Beverly Hills-based hamburger chain Fatburger.

He now oversees 86 Ricky’s restaurants that are either branded Ricky’s All Day Grill or Ricky’s Country Restaurant, 55 Fatburger locations and the 30 Famoso Neapolitan Pizzeria bistros.

Justin Lussier, who co-founded Famoso in 2007 with Christian Bullock and Jason Allard, and who was a BIV Forty under 40 winner in 2013, had been growing Famoso so fast that the company appeared on BIV's 2013 list of fastest growing companies.

He said he and his partners are proud of where they have taken Famoso and believe that Di Benedetto is now better suited to continue the chain’s growth.

“Frank is one of the most experienced restaurateurs and franchise developers in Canada,” Lussier said.

“He and his team have the experience and capabilities to add a lot of value and further grow the Famoso brand.”

Allard will stay with Famoso for at least six months to ensure a smooth transition.

Di Benedetto aims to add 20 new Famoso locations across Canada in the next five years.

Alberta, with 18 outlets, has been Famoso’s base. Two locations are in Ontario, four are in Saskatchewan and six are in B.C., with four of those in southwest B.C.: Abbotsford, Surrey’s Morgan Crossing district, Surrey’s Guildford Town Centre and Vancouver’s Commercial Drive.

Di Benedetto plans to create an offshoot brand to Famoso dubbed Famoso Pronto, which would be a smaller, takeout-oriented brand. The move would be similar to how White Spot Restaurants created the takeout-oriented Triple O’s brand to appeal to customers who wanted the company’s signature hamburgers in a less formal setting.

Famoso Pronto eateries are likely to open in high-density locations, such as downtown Vancouver, and Di Benedetto said the concept will be offered first to current Famoso franchisees.

Meanwhile, seven new Ricky’s restaurants and 12 new Fatburger restaurants are under development and are set to open by the fall of 2019.

Fatburger restaurants are so far only in the four western provinces, but Di Benedetto said Ontario could soon be in his sights.

“We continue to look for the right market-entry strategy, and it’s conceivable that we might [open in Ontario],” he said. “That’s something I can’t speak in overt detail about, but it is certainly a strategy of ours.”