One thing both independent and franchise businesses have in common is that success can depend greatly on location
May 3, 2018 2:27 PM By: Ken Wither 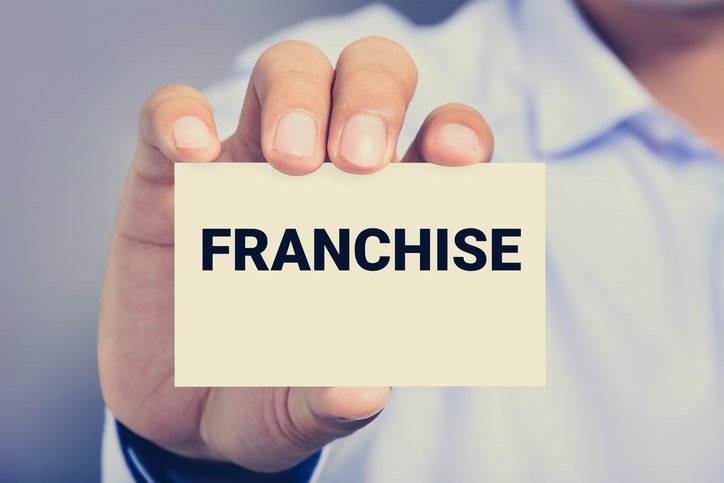 Franchises are a popular option for new and veteran business owners. They are an attractive investment because they give business owners the opportunity to work within a proven business concept and already have brand recognition as well as systems and processes in place. Franchises also continue to be popular because they often sell at higher prices when compared to similar non-franchised businesses. One thing both independent and franchise businesses have in common is that success can depend greatly on location.

The process for obtaining a franchise retail location is different than for independently owned businesses.  For franchise owners, the franchisor typically secures the location and works with the landlord to negotiate the lease, with long-term renewal options. Landlords are more likely to work collaboratively with established franchises since there is greater confidence that the lease will not be broken. Franchisors often invest a significant amount into leasehold improvements to ensure the space meets established brand-wide specifications.  In the event that a franchisee fails, the franchise head office works quickly to find a suitable replacement.  In some instances, the franchise head office will assume temporary responsibility for the location and operate it as a corporate store.

Just like the franchises that occupy the space, landlords are running a business and need to charge rents that provide them with an adequate return on investment and cover operating costs. In Alberta, there is little incentive for landlords to offer short-term rent abatements or other enticements because vacancy rates remain relatively low.   Although Calgary retail vacancy rates in the central business district are currently 9.7 per cent, they are only 2.3 per cent in suburban areas. For every business that closes its doors, another is ready to take over the location.  Landlords are keenly aware of the cost and inconvenience that franchise owners would incur if they decided to change locations because of the amount of leasehold improvements required before the franchise would be fully operational.

Do more with less

Franchise owners operating in Calgary have been faced with additional challenges including higher business taxes, increased minimum wages, reduced foot traffic to storefronts, and the shift to more online shopping for both retail and food purchases.  In response to the current economic climate and with a focus on long-term sustainable success, franchise locations are adjusting accordingly.  More franchises are concentrating on operating in smaller, more efficient premises. Where 2,000 square feet may have been sufficient space a few years ago, more franchise brands are choosing smaller locations and optimizing the space to help reduce occupancy costs while still delivering high-quality products and services that customers expect. With increased online shopping and food delivery services, franchises may not have the same amount of foot traffic through their space and are able to be successful in a smaller storefront.  By expanding online shopping and delivery options, franchises can increase sales without becoming overburdened by the physical and financial demands of a larger store or restaurant.

Downtown Calgary has been devastated by the economic downturn, and in response Calgary city council has made a commitment to work with businesses to help support success.  Council has approved amendments to the city’s land use bylaw for a three-year period in the City Centre Enterprise area.  The approved amendments waive the requirement for a development permit in the following cases: changing from one use to another (e.g., from office to retail), making external alterations to an existing building, and making a small addition of less than 1,000 square metres in size. These changes will make it easier for franchise locations to optimize a smaller space and will help landlords attract more tenants with whom they can develop a long-term relationship.

Similar to their independently owned counterparts, franchises are continually adjusting and refining their location strategy based on various factors in the marketplace and local economic climates. Despite the evolution of online shopping and the changing landscapes of cities, there are a few things that remain non-negotiable for the foreseeable future when choosing a business location. Location, visibility, ease of access, parking and tenant mix will continue to be factors for businesses looking for a place to hang an open sign.