Despite leasing slowdown due to COVID-19 industry confident that 15 new office towers will proceed in Vancouver’s core and complete by 2024
Aug 18, 2020 1:44 PM By: Frank O'brien 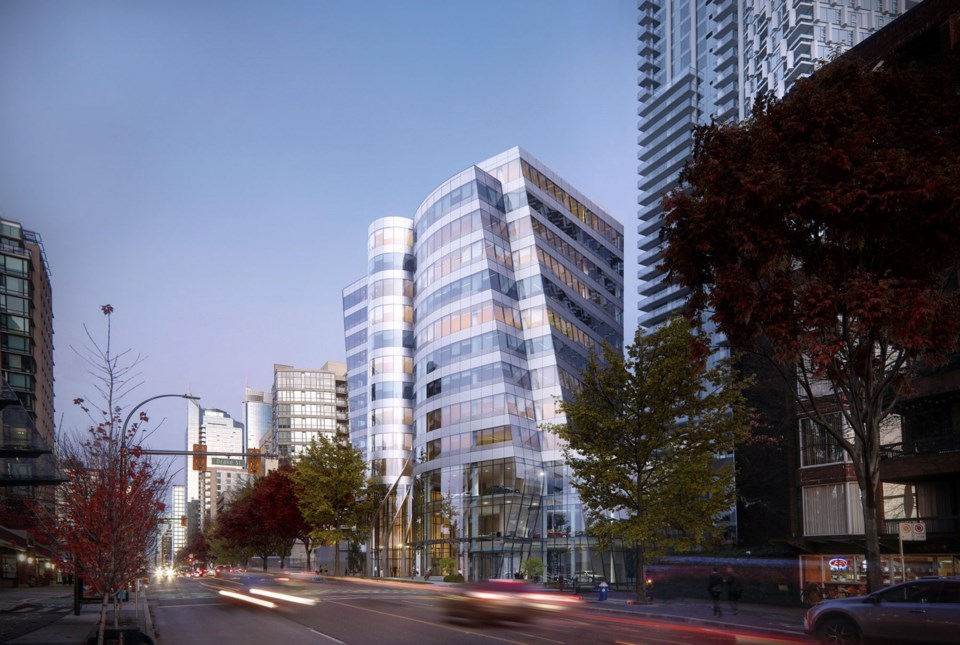 Vancouver’s downtown office market has hit some serious headwinds but industry analysts expect all 15 of the planned new office towers – some not yet under construction – will complete by 2024.

The downtown office sector has seen its vacancy rate increase to 3.6 per cent this June, compared to 2.6 per cent at the end of 2019, according to Avison Young’s mid-year Metro Vancouver office report, which notes Vancouver still has among the lowest vacancy rates in North America.

The sector will survive, even thrive, in a post-pandemic world, suggested Mark Chambers, executive vice-president of the office leasing team at JLL Vancouver.

He believes the new towers will proceed, likely without pause.

“There will be increased demand for the healthier ventilation and other amenities of new buildings,” he noted. Chambers also expects growing demand for space from high-tech clients that he suggests will move into Vancouver because of Canada’s generous immigration requirements.

Still, the market was shaken by the pandemic, which saw many office building close and virtually all tenants working from home since the global pandemic was declared March 17. A June Colliers survey found that 47 per cent of Vancouver office tenants believe their office space needs will decrease due to the pandemic.

An immediate response was a spike in subleases, which increased to 534,000 square feet of downtown space as of the second quarter, according to Avison Young, as tenants failed to take leased space or reduced existing space.

Avison Young, however, notes that most of the subleases shoved back onto the market are small spaces of 10,000 square feet or less and that Class AAA space in the newest towers was barely affected.

“While delays of up to three months may have impacted some projects due primarily to interruptions in shipments of building materials, most new developments remain on schedule,” the Avison Young report noted.

Only three of the downtown office towers set to complete by 2022 have any space still available for lease, the agency noted.

These include the Offices at Burrard Place, with 133,000 square feet of leased space, by Reliance and Jim Pattison Group, with no pre-leases signed; and 601 West Hastings by PCI Group and Greystone Project Management, which plans 220,000 square feet of space, none of which is pre-leased.

Uptown Property Group’s 120,000-square-foot tower at 625 West Hastings is also expected to proceed towards a 2024 completion, despite having no pre-leases in place as of June.

New space being delivered by 2022 remains constrained with the only space for prelease available at the Bosa Waterfront Centre (which is 60 per cent strata with 15 per cent of the remaining space for lease already claimed) and Oxford Properties’ The Stack, Vancouver’s tallest tower, which had 40 per cent of its 540,000 square feet preleased at mid-year 2020.