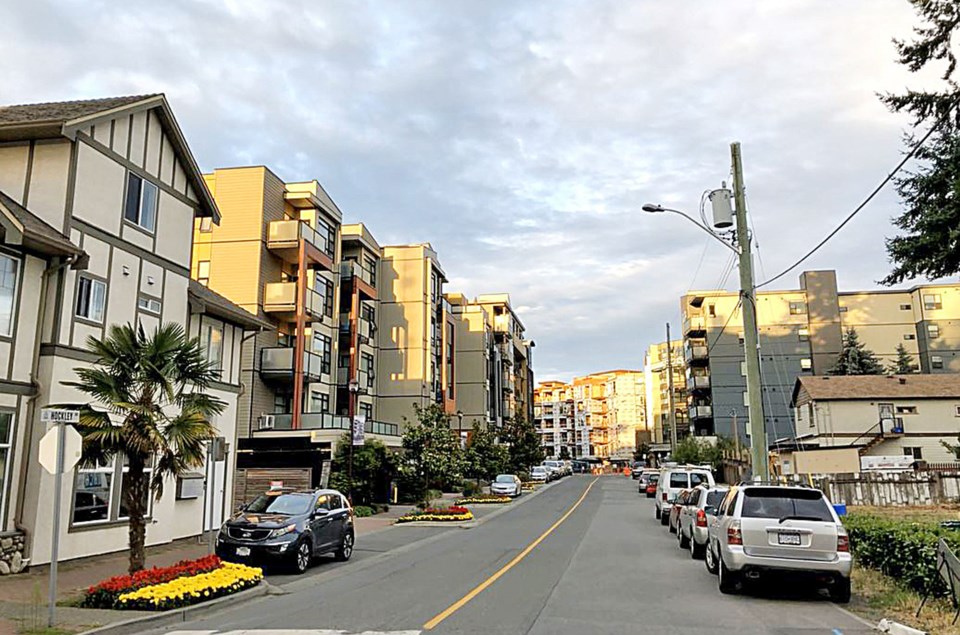 Langford has seen 12,000 more residents since 2011, including more than 2,000 in the last year. | ROYAL LEPAGE COAST CAPITAL REALTY

The fastest-growing cities in the province are on Vancouver Island, with Island communities taking up five of the top 10 fastest-growing slots and Langford topping them all.

The numbers are part of a new population estimate  report prepared by BC Stats.

The Island was a hotbed of population growth, with the top three spots in the category of municipalities with a population of at least 5,000, with Langford at 5.2 per cent annual growth, Duncan at 3.7 per cent and Colwood at 3 per cent.

Also making the top 10 from the Island were View Royal and Sooke, both at 2.5 per cent.

Langford’s position at the top is no accident, said Casey Edge, executive director of the Victoria Residential Builders Association.

“You can’t have population growth without housing, and last year Langford built 37 per cent of all housing in Greater Victoria,” he said.

Rick Hoogendoorn of Royal LePage Coast Capital Realty, who with partner Cheri Crause has completed a number of multi-family projects in Langford, said the city administration deserves credit for the startling population growth.

“It’s easy to understand Langford’s record growth when you consider we’ve had the same pro-development mayor in place for more than a quarter-century. Mayor Stew Young and council have had years to design and implement their vision for the community. This kind of local government consistency is rare.”

What is more common in Greater Victoria, Edge said, is slow processing of proposals, expensive land and obstruction from some councils, which has meant lower population growth for those areas.

“It also raises the price of housing, because there’s so much less supply,” Edge said, noting Saanich housing starts dropped 62 per cent last year, while Oak Bay dropped 73 per cent.

Oak Bay, at 0 per cent growth, made the list of the top 10 slowest growth rates among larger municipalities, as did Esquimalt at minus 0.2 per cent.

Esquimalt Mayor Barb Desjardins takes issue with that number, however, pointing out the municipality has done nothing but add housing over the last year.

“That would suggest we added more people,” she said. “And we predict we will add another 1,000 over the next year or two.”

Desjardins said Esquimalt council has been focused on attracting development with new permit processes and developer incentives. They already have 1,400 new housing units either coming out of the ground or approved, she said.

“Keeping up with growth is no problem at all as long as you plan and don’t sit there for five years waiting to make a decision,” he said. “You have to use common sense. You can’t have that many people come out and live here without facilities for them.”

According to BC Stats, Langford has added 2,004 people over the last year and nearly 12,000 people since 2011. Young said that recreational facilities, schools, commercial centres, offices, roads and services have all been added to handle that growth.

Young said building affordable housing is Langford’s responsibility in the region because it has the land, but attracting businesses, offices and jobs is by design, to allow families to live and work in one place.

“As we grow as a city, we need to think of things like that,” Young said.

In the category of smaller municipalities, Tahsis (8.6 per cent) and Tofino (7.1 per cent) trailed only Sun Peaks Mountain (14.1 per cent) in growth rate, according to BC Stats.

Tofino Mayor Josie Osborne said the west coast community has faced challenges – water and affordable housing in particular – because of its popularity and population growth.

That has spurred the municipality to work on attracting new affordable-housing projects and working with developers on multi-family developments.

As for the growth surge, Osborne said the 7.1 per cent was a one-year blip, and Tofino tends to see growth in the 3 to 4 per cent range.

– With files from  Times Colonist