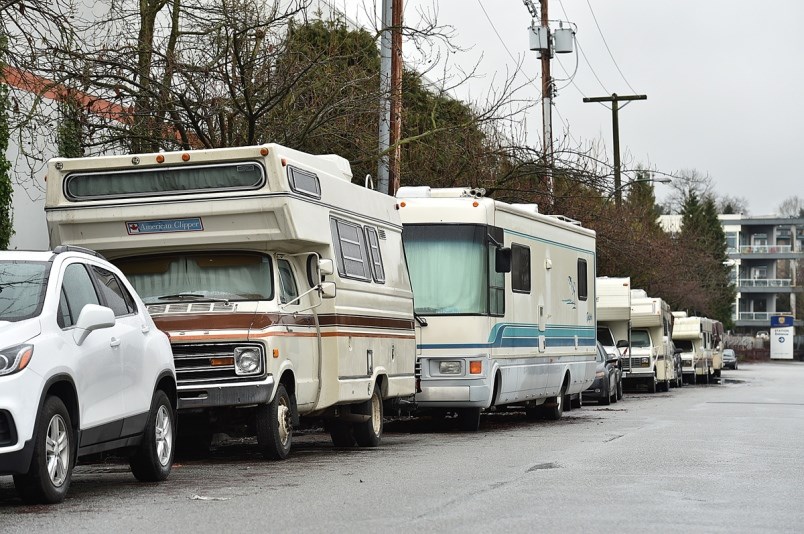 A City of Vancouver homeless count conducted over 24 hours in March found that 2,095 people were without a home. Mayor Kennedy Stewart now says the homeless population has grown since then, largely due to the pandemic, with the city thinning out it shelters for physical distancing, no-guest polices at some single-room occupancy hotels and job loss.

The push from council was in addition to three options Mayor Stewart outlined, including, leasing or purchasing hotels and converting city-owned buildings into emergency housing or shelter space.

A “disaster relief shelter” network, as proposed by councillors Rebecca Bligh and Michael Wiebe, that works as an emergency triage centre for homeless people, was also incorporated into council’s requests of staff to study.

“It’s time for this council to step up and really showcase that we do need to find these supports,” Wiebe said.“We are in a dire situation that has our neighbours and friends in really difficult situations.”

The move by council comes as the Strathcona Park encampment continues to grow while residents in Strathcona and across the city, particularly in Yaletown, urge politicians and police to respond to a rise in drug use, crime and street disorder.

In putting forward the proposed actions, councillors emphasized that whatever temporary measures city staff recommend that they do not let the provincial or federal government off the hook to fund permanent housing.

None of council’s measures requested the city seek a court injunction to clear the Strathcona Park encampment, which would have to be done in cooperation with the park board, which is on record of not wanting to take such action.

Council’s decision came after hearing from 23 people September 11 who lined up on the telephone and some in the council chamber to weigh in on the mayor’s motion and wider issue of homelessness.

Jason Trudeau, who lives in a tent with his wife in Strathcona Park, fought tears while telling his story of homelessness to council. A commercial fisherman, Trudeau, his wife and three children left Winnipeg to begin a new life in Vancouver.

He and his wife stayed in the tent city that popped up earlier his year in a parking lot near CRAB park before moving to Strathcona Park. He described the Strathcona camp as “not a pretty place to be” and that it breeds violence.

“I’m a desperate father…. I don’t want to be in tent cities, anymore,” Trudeau said.

He  said the options outlined in the mayor’s motion couldn’t help him because his children wouldn’t be allowed in a shelter or sanctioned camp.

Claudette Abraham, a 45-year-old Indigenous woman also living in Strathcona Park, said she had a room in a single-room-occupancy hotel but was evicted for being unable to pay rent. Abraham said she came to Vancouver in 2015 from Winnipeg to flee violence.

Katie Lewis, vice-president of the Strathcona Residents’ Association, told council that she supported the mayor’s move to have city staff examine options to address homelessness.

“We know that in the last 12 weeks that our day-to-day life [in Strathcona] has changed dramatically,” she said, noting it’s not just about seeing more garbage on the streets. “We’re finding firearms in our parks. There’s a drug turf war going on. Our kids are not safe.”

She said the encampment at Strathcona Park has grown from 30 tents to more than 400 over 12 weeks. She suggested it was the biggest tent city in Canada and that it was “out of control.”

“Winter is coming, COVID cases are rising, we cannot continue the way we are,” she said, noting she visits the tent city regularly and speaks to campers. “The campers aren’t safe; residents aren’t safe and kids aren’t safe.”

“We’ve seen about a 50 per cent increase in weapons calls around Strathcona, about a 68 per cent increase in break-and-enters, threatening street disorder,” Chow said. “These are concerns that we are talking to residents all the time about and getting the feedback about their sense of fear and security and street disorder that they’re seeing on a fairly consistent basis.”

Many of those same concerns have been raised by residents in Yaletown in recent months, where people have complained about rising drug use, crime, garbage and vandalism.

Some have pointed to tenants residing in the former Howard Johnson hotel on Granville Street as the source of the disorder. The B.C. government recently purchased the hotel for $55 million to house people from the Oppenheimer Park tent city, which was cleared in April under an emergency order.

B.C. Housing, in conjunction with the city and Vancouver Coastal Health, also opened up the Roundhouse community centre to homeless people at the beginning of the pandemic. Tenants moved out June 19.

Yaletown parent Ema Lale, who rents a home and has elementary-school-aged children, told council she’s considering moving out of Vancouver because she feels unsafe in her neighbourhood.

She has called police three times for overdoses behind her building. Drug users have been seen on patios in her complex and discarded needles are a common sight.

“We cannot let our kids play in our backyards,” she said, describing the situation as “really scary” for families. “I’m only concerned about safety. I totally feel for the homeless people, and I really have strong compassion, but I have no compassion for destructive behaviour.”

She told council that allowing the Roundhouse community centre to be used again to house homeless people would be a mistake. Lale said parents rely on the centre for before and after school daycare.

The centre also serves seniors in the neighbourhood and provides programs for children, many of whom attend Elsie Roy elementary school near the Roundhouse.

Vancouver park board commissioners were expected to meet Monday night to discuss motions related to finding a “non-park site” for the Strathcona Park encampment and suspending daily removal of temporary shelters during the pandemic.

There are at least 200 people without a permanent address living in recreational vehicles (RVs) in Vancouver, according to an informal Glacier Media count this summer. A number of these are clustered around industrial and big-box locations near East First Avenue and Clark Drive in East Vancouver.

Since the RV population in the neighbourhood has increased, there have been reports of theft from a business, increases in traffic accidents and near-misses, lack of parking for customers, discarded needles, human waste and garbage strewn across boulevards, local business owners and residents said.