B.C.’s top accountants say supply is the only solution to soaring home prices that a national report warns has frozen 75 per cent of Canadian buyers out of the market
Jun 16, 2021 10:14 AM By: Frank O'Brien 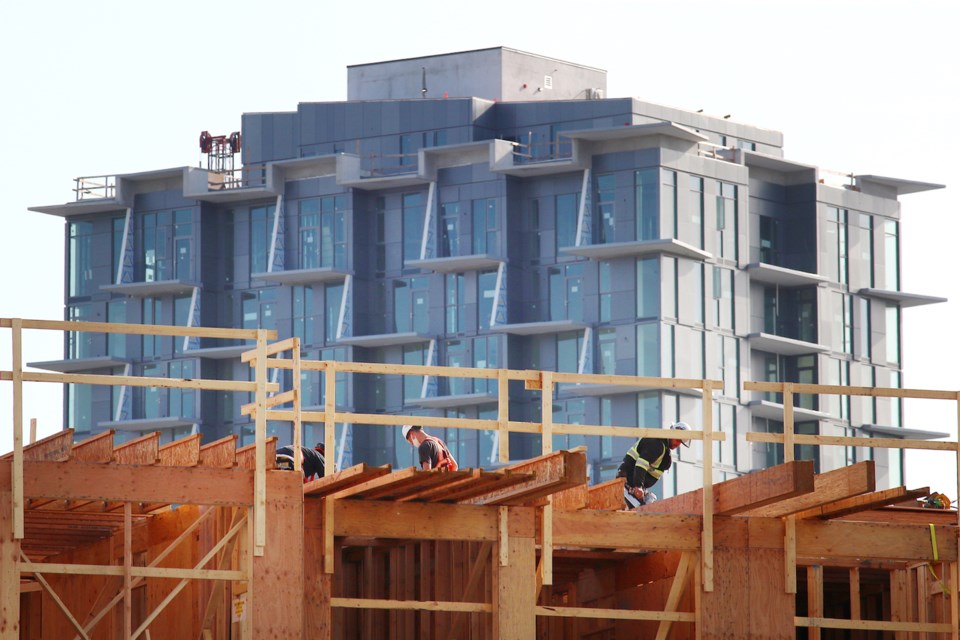 British Columbia’s top chartered accountants are calling for more supply to meet what Manulife Canada is calling a “crisis” in Canada’s housing market.

“Three quarters of Canadians who want to buy a home can’t afford one,” Manulife concluded in an annual survey released June 16.

Housing prices have hit an all-time high and are rising in all corners of the country with no end in sight, making home ownership increasingly difficult for many Canadians, noted Rick Lunny, president and CEO, Manulife Bank.

The Chartered Professional Accountants of British Columbia (CPABC), in its annual BC Check-Up Report, said B.C. is on the frontline of the crisis, and that increasing the inventory of homes is the key solution.

In other words, ‘it’s supply, stupid,’ says those who have most closely studied the laws of supply and demand.

The Lower Mainland has the highest prices in the country, with the average cost of a single-family house hitting $1.6 million in May, a 27.6 per cent increase from a year earlier, according to the Real Estate Board of Greater Vancouver.

A typical condominium in Metro Vancouver is now selling for $737,100 and prices are rising by nearly 2 per cent – about $15,000 – per month this year, real estate stats show. Average rents are the highest in the country, according to Rental.ca.

Yet, in April 2021, B.C. residential building permits plunged 23 per cent compared to a month earlier, Statistics Canada reports. Overall declines in permit values were concentrated in Metro Vancouver (down 28.9 per cent) and Abbotsford-Mission (down 62.4 per cent).

“ As we continue our economic recovery, it will be crucial to welcome immigrants to the province, particularly as the province continues to age,” said Lori Mathison, president and CEO of CPABC. “However, one major disincentive to coming to the province is the lack of affordable housing, which has been hindered by supply issues.”

In its 11th annual Manulife Bank of Canada Debt Survey, the bank placed housing as the major economic concern for young Canadians.

“ Looking to the next generation, 85 per cent of those who have young children are worried about the future affordability of real-estate, when their children are ready for home ownership. It is also noteworthy that 51 per cent of Canadians with mortgages worry about making their mortgage payments and one-third of homeowners admit they needed help from their parents when purchasing their first home, a figure which includes nearly half of all Gen Z and Millennial homeowners,” the survey found.

“It will be critical to encourage greater housing development in order for British Columbia to be more affordable and accessible,” said Mathison. “Income levels have also not risen nearly fast enough to keep pace with housing prices. As we pivot from recovery to growth, there is also an opening to focus on ways to boost our province’s productivity and residents’ income.”