Tunnel being bored beneath Vancouver’s Broadway will lessen business disruptions during subway extension work
Jun 18, 2021 7:15 AM By: Nelson Bennett, Business in Vancouver 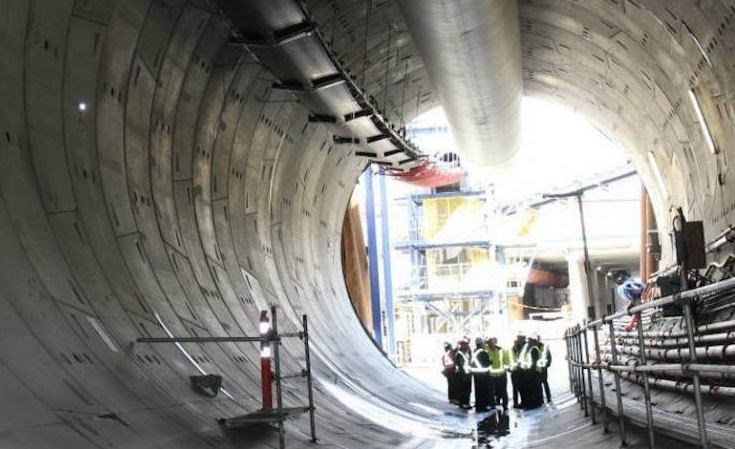 Retailers, other businesses and commuters along Vancouver’s West Broadway corridor can expect a few years of traffic disruptions when the contractor for the new line begins construction in earnest.

However, it should not be as bad as the Canada Line’s construction, part of which was cut-and-cover, which caused major disruptions along Vancouver’s Cambie Street.

The provincial Transportation Investment Corporation gave an update June 16 with a technical briefing on plans to build the new Broadway subway extension, which it has slated for operation in 2025.

The new Broadway subway will be built mostly underground using tunnel boring, but temporary traffic decks will need to be built at each of the new subway stations to allow for station construction.

The Broadway subway extension project will include six subway stations and will run 5.7 kilometres from near Emily Carr University on Great Northern Way to Broadway and Arbutus.

The new subway line will have the capacity to move three times as many people as the current 99 B line bus, and will shave roughly 30 minutes off the typical commute.

The first 700 metres of new line will be elevated, from VCC Clark Station to a tunnel portal near Great Northern Way. The rest will be built underground using tunnel boring under West Broadway Avenue.

There will be a direct underground connection to the Canada Line at Broadway and Cambie. The 99 B line bus will connect the terminus – Arbutus and Broadway – to the University of BC.

Temporary street-level traffic decks will need to be built at each of the six stations. Traffic deck construction has already begun in the Mount Pleasant area. The decks are expected to take about six months to build.

The stations will be built at the following locations: