Change just days from June 1 roll out will see some homebuyers scrambling to arrange mortgage financing and close on a home
May 26, 2021 3:43 PM By: Frank O'brien 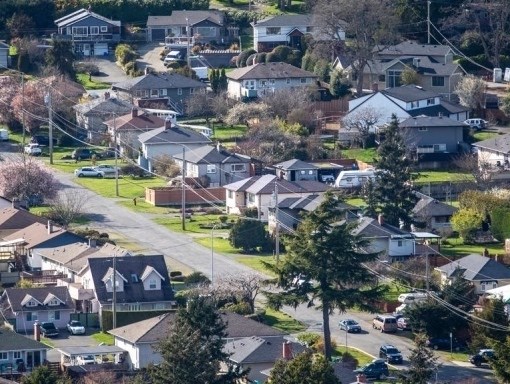 On May 21, just days before it comes into effect, the federal government has expanded its mortgage stress test to include all borrowers, not just those with more than a 20 per cent down payment.

Effective June 1, the stress test requires that all home buyers will have to qualify a five-year mortgage rate of 5.25 per cent, up from the current stress test level of 4.79 per cent.

Homebuyers don’t have to pay the stress test rate, just prove they are capable of paying it should mortgage rates increase sharply.

Still, the sudden change came as a shocker to the mortgage community.

“We did not expect that the new stress test changes would also apply to borrowers with less than a 20 per cent down payment,” said Vancouver mortgage broker Kyle Green of the Green Mortgage Team.

This stress test will reduce borrowing power by about 4 per cent to 4.5 per cent, Green noted.

The changes will affect the majority of borrowers in British Columbia because more than 80 per cent of mortgages funded in the province are uninsured, which means buyers have put down at least a fifth of the purchase price.

The stress test will apply to all mortgage applications received on or after June 1, 2021. In order to qualify at the current stress test payments, homebuyers need to have a live offer before June 1, 2021.

A pre-approved mortgage is not sufficient to avoid the stress test, Green noted.

Vancouver real estate investor and commentator Ozzie Jurock said the short notice of the stress test expansion would leave many insured buyers, including first-time buyers, scrambling to close before the June 1 deadline.

“Buyers who thought they had a mortgage may find they don’t have one,”Jurock told CKNW’s Money Talks radio show May 22.

Mortgage Professionals Canada (MPC) issued a statement to members May 21, noting it was disappointed that the finance minister decided to apply the stricter stress test to insured mortgages.

Noting that insured mortgages are normally held by young buyers, new immigrants, the recently separated, single parents and the financially challenged, all trying to purchase a principal residence, MPC said the stress test will hurt those most in need.

“Given the rapid rise in [home] prices, making qualification more stringent now will disqualify many of the Canadians the government has promised to support,” the association stated.