Some business better off staying closed

A quarter of business tenants can’t pay rent and 26 per cent will remain closed though allowed to open, survey shows
May 22, 2020 10:29 AM By: Wi Staff 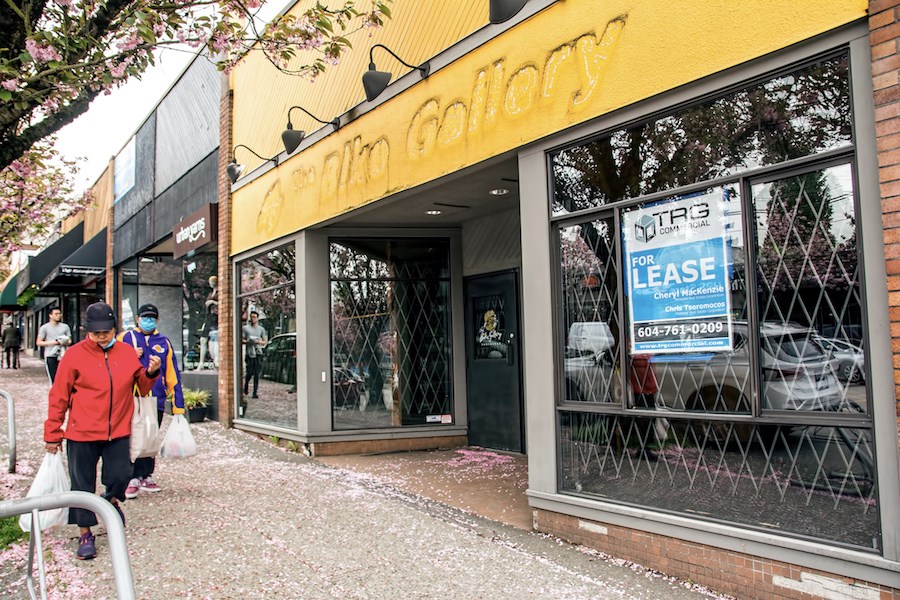 Some Vancouver businesses have permanently shut their doors | Chung Chow

Some Metro Vancouver businesses could be better off staying closed than risk re-opening during the second phase of the B.C.’s government's plan to safely and gradually re-open the economy.

“This crisis isn’t over for BC businesses. You can go out of business much faster with a partial or failed reopen than you can a temporary closure,” said Val Litwin, president  and CEO, BC Chamber of Commerce. “Policy-makers must appreciate that business models will be very fragile during this early stage of the recovery cycle and that ongoing supports will be essential.”

Only 26 per cent of businesses impacted by COVID-19 feel able to restart and operate profitably with the gradual easing of restrictions, according to a survey of 1,343 member-businesses of the BC Chamber of Commerce, Greater Vancouver Board of Trade, Business Council of British Columbia, and other partners.

The survey, conducted with the Mustel Group, was released May 22.

Given the challenges to restarting operations, over half of the members surveyed (55 per cent) expect it will take at least two months to restart.
The survey also found that 43 per cent of  businesses expect that they will still require significant and additional financial support or incentives from the provincial and federal government in order to continue operating.

One of the challenges for business tenants is paying the rent.

The survey found that 26 per cent of commercial tenants were unable to pay their rent in full in April. The primary reason is that they were shut down and had no revenue (75 per cent). Others had no access to the federal Commercial Rental Assistance ( 30 per cent), while 19 per cent said they could not come to terms with their landlord.

In terms of businesses that have closed temporarily, the level is slightly higher in urban markets (50 per cent) than in rural (42 per cent), with the incidence highest in healthcare and social assistance; arts and entertainment; and accommodation and food services, all above 68 per cent.

Among retail establishments, 58 per cent will remain closed, at least temporarily.

“The survey data shows virtually all respondents continue to experience lost revenue as a result of COVID-19 and restart efforts will be hampered by an inability to attract new and returning customers. We are facing the worst year for B.C.’s economy and job market in a century,” said Greg D'Avignon, president & CEO of the Business Council of British Columbia. He called on governments to “expedite economic activity and address competitiveness barriers in the form of tax, regulatory and process costs that stand in the way of businesses re-hiring the nearly 400,000 employees who’ve lost their jobs.”