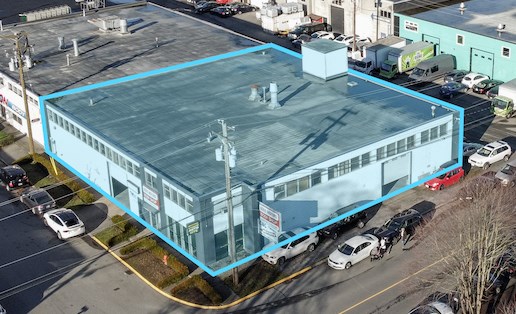 A 2.4-acre vacant industrial site in Port Coquitlam didn’t last long on the market this September when it was listed by Cushman & Wakefield at $9.9 million.

“Our purchaser actually saw the for-sale sign being installed, and immediately called us,” said Nick Goulet of Macdonald Commercial in Vancouver, the buyer agent with partner Stuart Wright.

Goulet said they originally thought the near-$10 million asking price was “way too high” but an independent appraisal proved accurate and the Kingsway Avenue site closed within days at $9.5 million, nearly $3 million above its BC Assessment value.

Goulet and Wright listed an 11,880-square-foot [0.27-acre) industrial site in North Vancouver just as the pandemic hit in March. It sold August 14 for $5.2 million, which was $1 million above the assessed value in a transaction that equated to an eye-popping price of about $20 million an acre for the West 14th parcel.

These suburban sales follow an industrial demand curve in Metro Vancouver that saw 44 deals in the first six months of this year selling for a total 644 million, surpassing the dollar volumes in the first half of 2019 ($392 million) and maintaining the acceleration in the back half of 2019, when 35 industrial packages closed at  $651 million, according to Avison Young data.

If strata industrial and other sales valued at less than $5 million are also counted, the industrial sales volume in the first half of this year pushes the total above $891 million, Avison Young noted.

If anything, Avison Young added, the pandemic increased interest in industrial properties across the Vancouver region.

“Industrial assets, particularly those related to logistics,  distribution and last-mile warehousing, were already in high demand due to shoppers’ ongoing embrace of e-commerce, but the arrival of COVID-19 triggered an even more rapid shift in consumer shopping patterns, further driving demand for industrial assets,” the commercial agency noted in its mid-year 2020 B.C. Investment Review.

Demand for certain goods during the pandemic increased substantially, which boosted the fortunes of many manufacturers, the report noted. Some retailers found they required additional industrial space to support emerging online sales operations, and for storage after stores were closed during the provincewide lockdown.

All of these factors occurred in an industrial market that has posted near record-low vacancy for more than four years.

Avison Young noted, however, that overall industrial investments slowed compared to the first three months of this year as the pandemic evolved.

More than 669,000 square feet of industrial was shoved back onto the market as sublease space as of the second quarter – up from 453,000 square in the same period 2019 – which may give pause to developers who are aiming to pre-lease about 878,000 square feet of speculative industrial space currently under construction.

This year, the biggest build was the custom-built, 530,563-square-foot distribution centre for Sobeys in Surrey’s Campbell Heights, one of the largest freestanding industrial buildings ever constructed in Metro Vancouver.

The largest industrial sale in the first half of 2020 was the $146 million acquisition of a 19-acre parcel in Burnaby by Larco Investments Ltd., with a plan to build a new film studio. The next largest deals include the $51 million sale of a 13.8-arce riverside site in Burnaby that had been bought three years earlier for $33.8 million, according to Avison and Young; the 9.7-acre Viking Way Business Centre in Richmond that sold for $49.2 million; and warehouse strata sales at Series Business Centre in Richmond – where the space sold at around $375 per square foot – for $30.4 million.

The industrial data appears wildly positive considering B.C. is in the grip of a pandemic-induced recession, but there are some signs of caution.

While the vacancy rate remains at a very low 1.7 per cent and average lease rates are still at a relatively high average of $14.29 per square foot, most of the current absorption is based on new industrial space that was pre-leased long before COVID-19 arrived, according to real estate tenant advisor Cresa.

In its second quarter report on the Metro Vancouver market, Cresa also highlighted the uptick in industrial sublease space as a trend to watch.

“Leasing markets act with a lag, and [Metro]Vancouver’s industrial market is no different. Third quarter data will be far more instructive,” Cresa stated.