Robotics firm Autonopia aiming to have devices on local towers by next year
Jun 10, 2021 12:24 PM By: Tyler Orton, Business in Vancouver 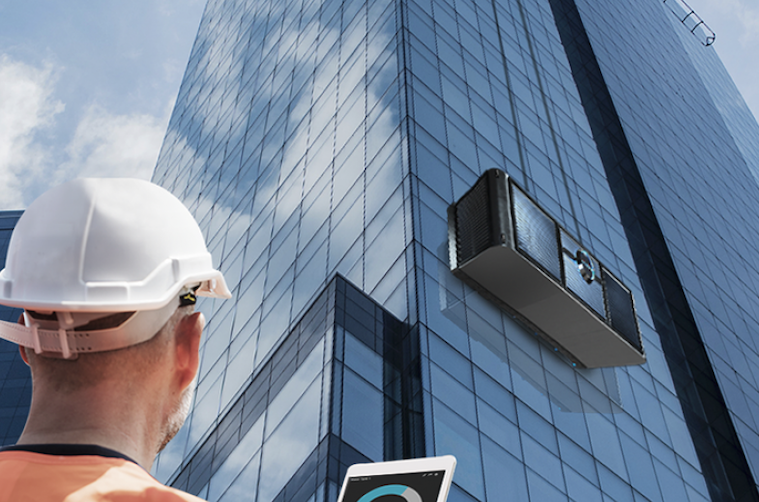 Vancouverites whose anxiety levels go sky-high just at the sight of window washers dangling from ropes may soon get some peace of mind.

A local robotics firm is set to pilot AI-powered window-cleaning robots next year in a bid to address labour shortages within an industry that often finds it tough to recruit workers for what typically amounts to weather-dependent seasonal gigs.

“Maintaining the workforce, the danger involved — traditional window-cleaning is also slow and expensive because of all the safety measures that they have to take,” said Hossein Kamali, CEO and co-founder of Autonopia Technologies Inc.

The robots range in size but none exceed the weight of a human so that existing infrastructure on the buildings can support these next-generation cleaners.

The devices can identify and manoeuvre around different surfaces if, for example, a balcony is in the path of one of the robots making its descent.

They’re also capable of cleaning up to four times faster than a human, meaning the robots can be deployed more frequently to wash buildings.

“When we enter the market, it's going to be remotely operated, so the operators can stand on the roof or they can stay on the ground,” Kamali said, adding operators will be able to tap into an interface to access the robots’ cameras and sensors.

“The final goal is to make the robots completely autonomous.”

The idea for the company, which launched in 2019, came after co-founder and chief technology officer Mohammad Dabiri witnessed an exceptionally upsetting event while working inside a skyscraper years ago.

"It felt really absurd to me that people were putting their lives at risk, just to clean windows,” Dabiri said in a statement.

“If you compare how the Empire State Building was cleaned in 1930 to how it’s done today, it’s more or less the same process.”

He and Kamali, a Mitacs postdoctoral research in mechatronic systems engineering at Simon Fraser University, later connected and began working on how to address both the dangers and labour issues affecting window-cleaning contractors.

The development of the devices earned Kamali recognition from Mitacs, a national innovation organization, which awarded him its entrepreneur award on June 10.

Discussions have been ongoing with contractors throughout the region to deploy the pilot program next year.

Kamali said that while the company will initially target window-cleaning contractors as customers, the devices will also be appealing to building and hotel owners.

“Anytime you get a product, it's going to evolve,” he said, adding the team is open to looking at other applications for the robots.