Mingling generations, communal cooking and a village environment are among the transformative changes being tested in British Columbia senior homes
Jan 31, 2017 7:00 AM By: Baila Lazarus 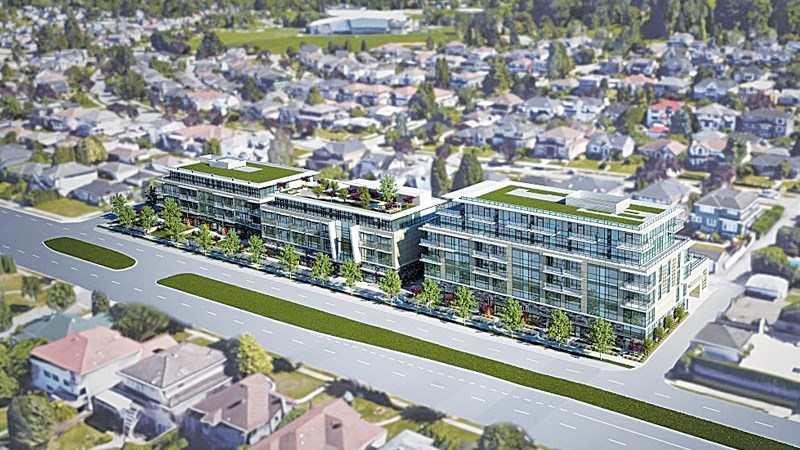 The landscape of retirement homes is shifting. From independent living to 24-hour care homes, the structures, amenities, programs and philosophies are undergoing transitions.

Some transformations are the result of a reduction in public funding for seniors’ homes, leading to more families taking care of their own for longer; meaning those who do go into residences will be doing so only when they are in need of 24-hour care.

In other cases, changes reflect a desire to make senior living more reflective of home-like environments, and retirement facilities are reaching into their own pockets and looking to private funding for creative solutions.

Element Lifestyle Retirement is one example of a company focusing on duplicating home environments to attract family members in any stage from independent to assisted living who want to maintain the lifestyle they are used to.

Element was founded in 2012 by Don Ho along with three partners and in 2015 it officially launched as a developer and operator of retirement communities. Ho was the founding director, CEO and president of CPAC (Care) Holdings Ltd., which was sold to Chartwell in 2005. He is considered a pioneer of the “aging in place” philosophy.

Element is currently developing two seniors’ residences in B.C. – Opal in Vancouver and Oasis in Langley – which have been established as leaders in intergenerational communities.

Comprising 142,000 square feet with 44 residential condominium units (available for sale to seniors), 56 rental units and 30 complex care units, Opal will span an entire city block on the south side of King Edward between Yukon and Cambie. It is set to break ground in early 2017.

Ho’s daughter, Candy Ho, vice-president of marketing and corporate relations for Element, said the new paradigm of seniors’ residences is meant to be adaptable for all needs and ages.

“If there’s one person in a couple that needs care, they’ll usually struggle at home,” she said. “The healthy person actually can be held back from living life fully because they want to care for their spouse. Our model allows both the healthy and ailing to live together and have their needs met.”

If parents want to live with their children or even grandchildren, that can be accommodated as well. Normal age restrictions are 55 or over, said Ho, but that’s just for one occupant.

Ultimately, Element is trying to reproduce as closely as possible a luxurious, almost club-like atmosphere where there are activities for all ages. For example, private dining areas will have a living space so children can play as though they were at home. Cooking lessons are available for making pizza or ice cream, so both the elderly and young can participate.

At Maison Senior Living in West Vancouver, a similar style of engagement occurs.

“Family-centred models are incorporated into programs from Day 1,” said Clarke. “There are play areas, arts and baking classes and concerts.”

Dan Levitt said new models of seniors’ living are coming out of Europe that are quite different.

Levitt, an adjunct professor of gerontology at Simon Fraser University, is a board member of the International Association of Homes and Services for the Aging and executive director of Tabor Village in Abbotsford.

“The old traditional nursing home is being replaced by the small-homes model,” he said.  Residents have their own suites with a sitting area and bathroom, but the kitchen is common and shared, he explained.

Providence has come up with a more social model of small households, each housing about 10 people. They would have their own room and bath, but share common areas. They would also share a village, complete with a restaurant, theatre, daycare, pub and gardens.