Re-opening world hungry for what the West produces

Off-the chart commodity prices set the stage for a robust recovery in Western Canada as the end of the pandemic comes in sight
Jun 28, 2021 10:02 AM By: Frank O'Brien, Western Investor 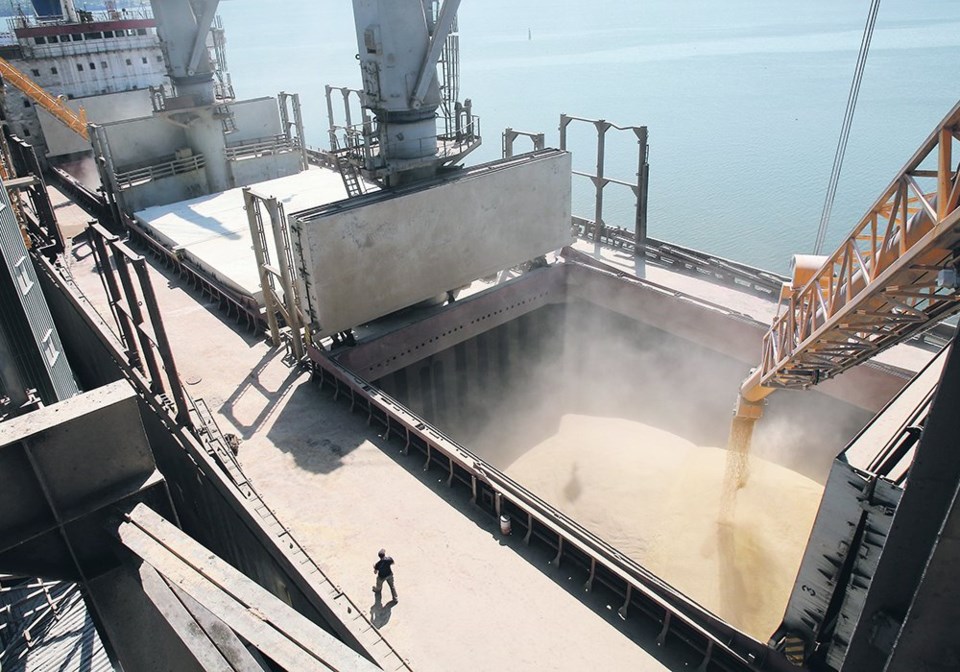 Grain exports through Vancouver are flirting with record highs this year. | Western Producer

Western Canada is the nation’s largest producer of all the things the world will need as the waning pandemic ends and the great global reopening gains traction.

Already, exports across the four western provinces are the leading the nation. As of April, B.C. exports were trending at the highest level since the second half of 2018.

With the latest increase, year-to-date B.C. exports rose 24 per cent on a 56 per cent increase in wood products and 41 per cent gain in metallic and non-metallic mineral product exports, Statistics Canada reports.

Alberta exports for the first four months of this year were 8 per cent higher than in 2019 and 16 per cent above 2020. Saskatchewan merchandise exports increased by 14.9 per cent as of April, ranked fifth in terms of percentage change among the provinces compared to 2020. Manitoba, meanwhile, is seeing huge international demand for its agricultural products, partly due to demand for crops used for U.S. bio-fuel production.

Lumber prices are up about 100 per cent this summer from pre-pandemic levels, driving the value of B.C.’s timber producers into the stratosphere.

The price of West Texas Intermediate oil hit US$73.00 per barrel June 28, the highest level in two years and oil prices are expected to climb as global markets reopens.

The Bank of America predicts oil could hit US$100 US a barrel next year as the demand for air travel takes off.

On the vast Western prairies, Canada’s bread basket, canola future prices hit an all-time peak in July. Corn has surged 50 per cent in the past four months to reach its highest level since 2012, soybean prices are returning to levels not seen since 2013-2014 and wheat prices are the best since 2012, according to the Grain Growers of Canada.

Then there is mining.

“Gold prices are forecast to average US$1,974 per ounce this year, a rise of 11.5 per cent from 2020's record-high annual average as mass vaccinations worldwide spur a strong economic recovery from the Covid pandemic,” according to the London Bullion Market Association.

In B.C. alone, seven mines are now in the planning stages.

Some analysts are predicting a commodities “supercycle”, especially for industrial metals used in electric-cars and high-tech devices.

“The global economic recovery has solidified raw material prices, providing a boost to the recovery in Manitoba and Saskatchewan. Rising agricultural prices will help Saskatchewan record one of the strongest GDP gains among the provinces this year,” according to the Conference Board of Canada in a report released June 14.

“Oil prices have also surged in recent months, helping to boost energy sector profits and investment in Alberta from rock-bottom levels,” the Conference Board added.

And back dropping all this is the surging demand and values for commercial and residential real estate, being seen right across Western Canada.

Yes, the misery of the global pandemic is finally ending and with it is dawning a bright new normal for Western Canada's economy.

- Frank O'Brien is the editor of Western Investor.