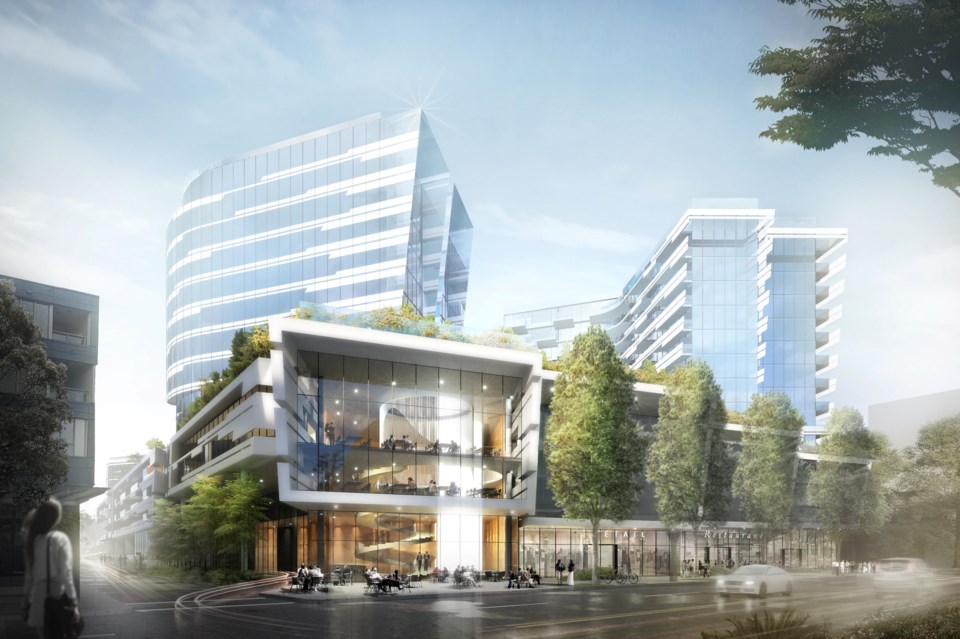 British Columbia’s hotel industry emergence from its most brutal year is showing proof of life with at least two major hotels planned, one each in Richmond and Coquitlam, and both by blue-chip developers.

The pandemic-induced shutdowns which started more than a year ago and continue devastated the hotel industry.

“COVID-19 has proven to be far worse than the 2008/2009 global financial crisis, SARS outbreak in 2003, 9/11 and the Gulf War combined,” noted the 2021 Canadian Hotel Investment Report from Colliers International, released in May.

The report found that two thirds of total hotel rooms across Canada sat empty in 2020.

The hotel occupancy rate in B.C. has fallen to the 30 per cent range, the lowest ever recorded and the revenue per available room, a key industry metric, has plunged 60 per cent from pre-pandemic levels.

Earlier this year Ingrid Jarrett, president and CEO of the BC Hotel Association, said her $3.2 billion industry has been ravaged and warned that nearly half the hotels in the province were in danger of closing without substantial government assistance.

Virtually the only B.C. hotel properties transacted in the past 12 months have been those bought by government to house the homeless and others in need of emergency housing.

Yet, Colliers and other analysts are expecting a robust rebound in the hotel industry post-pandemic.

Developers are placing bets that outlook is prophetic.

On June 7, Landa Global Properties announced it plans a major hotel as a keystone of a giant mixed-use development on a 3.5-acre site near Richmond’s Oval Village waterfront.

The concept is for a three- tower development that will include the hotel, retail and residential homes.

This is also Landa’s first hotel and a first collaboration with Studio Munge, the designers behind Vancouver’s Rosewood Hotel Georgia and the JW Marriott Parq.

According to Landa, there will be an elaborate clubhouse amenity for hotel guests and residents, with design elements influenced by high-end Asian hotels.

“Rooms and residences will feature large outdoor living spaces and balconies to improve livability and to comply with any post-pandemic needs. Landscaping will feature extensive garden spaces for hotel guests and residents,” according to a company statement.

Meanwhile, developer Marcon and QuadReal Properties have released plans for a 150-room hotel "comparable to a Hilton or Marriott,” as part of a large mixed-use proposal in Coquitlam Town Centre on Pinetree Way and Lougheed Highway.

The plan, which also includes residential and office towers, still has to gain City of Coquitlam approval.

If all goes well, both hotels could open in 2023 or 2024, which, according to Colliers, will be the “ first full years of stabilized demand post-COVID with occupancies approaching pre-pandemic levels.”