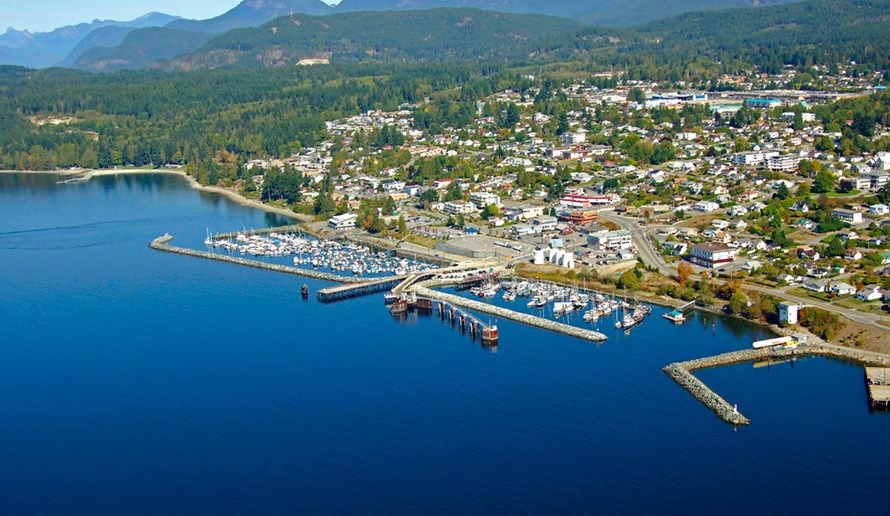 A deep-water port has been proposed for B.C.’s Jervis Inlet aimed at increasing the West Coast’s container cargo capacity.

Among the proponents of the port is former BC Liberal Party leader Gordon Wilson.

Gary Fibrance had been JPI’s president until his death in January.

“Jervis Ports Inc. is a private company that has as its primary corporate mandate the examination of the potential for establishing a West Coast port facility primarily for container importation and bulk export excluding oil related products from and to the Asian markets,” said Wilson, who recently assumed the role of company president.

“We are actively in discussion with potential First Nations partners and as such any public discussion on our part at this time would be premature and inappropriate.”

The company was incorporated in May 2020.

The federal government has prohibited commercial ships from being within 400 metres of whales in marine habitat that is close to the site proposed for the port.

Gus Angus has lived in the area for 45 years. He called the Jervis port idea a pipe dream.

“It’s impossible here,” Angus said. “There are only a few sheltered bays that would ever accommodate large vessels. It’s ludicrous.”

Wilson, a former Powell River-Sunshine Coast MLA, did not comment on the whale situation.

But Angus said Jervis Inlet’s marine mammal population has boomed over the years. The area is home to migrating humpback whales as well as resident and transient killer whales.

A major part of the puzzle for any Jervis Inlet port is landside logistics: how to move freight to and from dockside and into the North American supply chain via rail or road.

Fibrance was a member of the Third Crossing Society (TCS) advocating for a road link to Powell River from Squamish.

According to JPI’s website, the project would eliminate the need for the Vancouver Fraser Port Authority’s (VFPA) proposed $3 billion Roberts Bank Terminal 2 project currently under review – a project Jervis Ports called “a short-term improvement at best.”

VFPA president and CEO Robin Silvester said March 3 that increasing port capacity with projects such as Terminal 2 is essential for Canada to be able to handle the projected growth in transpacific trade. The Port of Vancouver is aware of the Jervis Inlet project proposal but declined to comment on it because it is a project led by others.