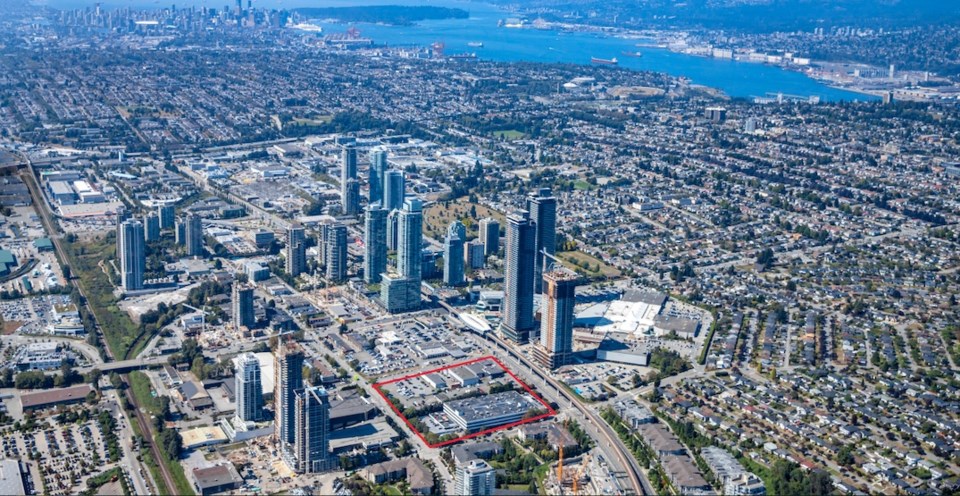 Year-end housing data from Canada Mortgage and Housing Corp. (CMHC) earlier this month pointed to record housing starts of 28,141 units for Metro Vancouver in 2019. This was up 20 per cent from a year earlier.

The activity was in sharp contrast to land sales in the region, which fell sharply.

Data from the Real Estate Board of Greater Vancouver indicated a 55 per cent drop in the number of land sales through the third quarter versus a year earlier. The value of those sales dropped 64 per cent to just $2.2 billion.

But there are signs of life in the market as 2020 gets underway.

Grosvenor Americas recently purchased a 4.8-acre parcel, currently home to a car dealership, for $167 million, completing the assembly of a 7.9-acre development site in the Brentwood area of Burnaby.

“This is a very sizable one, both in terms of price and in terms of size,” said Bob Levine, a principal in the Vancouver office of brokerage Avison Young.

“People very much believe in the long-term viability of the market,” Levine said. “The development community is certainly looking towards the future in terms of new potential developments in and around Greater Vancouver.”

Situated opposite Brentwood SkyTrain station on Lougheed Highway between Alpha and Beta streets, the land assembly Grosvenor Americas recently completed is slated for a mixed-use development described in marketing materials as “a carefully curated mix of market condominiums, market rental homes, non-market rental homes and a variety of retail and office space.” The commercial space will total about 500,000 feet and could include a hotel.

But according to Mike Ward, senior vice-president and general manager for Grosvenor Americas, rental units will account for 60 per cent of the residential space, or more than 1,200 units. This exceeds the city’s requirement of 20 per cent and reflects a marked shift in the region towards rental units.

According to figures from CMHC, 24 per cent of all housing starts in the region last year were rental. The previous year, the proportion was an all-time high of 27 per cent. Since 2013, market and non-market rentals have consistently been 17 per cent of starts or greater. The average for the period has been 21 per cent.

“There’s going to be a need for a lot more residential accommodation, whether it’s rental or condo,” said Avison Young’s Levine.

But the chance of significant additions to the rental stock in Vancouver itself is slim because of the cost of land. Instead, developers are having to look outside the city, where lower costs and policies designed to encourage density on redevelopment sites are helping make the numbers work.

“The increased density that’s allowed reduces land costs per unit, and it allows you to give serious consideration to building rental,” Levine explained.

Ward credited the new housing policy Burnaby adopted last May with giving legs to its plans.

“[It] encourages rental housing, and on this site in particular, we’ve got unique zoning,” he said, noting that it’s a commercial zoning that “also allows market rental-residential.”

In short, the zoning supports a mix of uses that allows Grosvenor to make economic sense of a project that will meet the city’s requirements as well as its own desire for an investment property generating long-term income.

“There seems to have been a shift in the market where cities are encouraging rental density by providing and allowing more density on sites … and making it feasible,” he said.

In addition to its Brentwood purchase, Grosvenor partnered with Citimark Group and Transca Real Estate Development (Canada) Ltd. to acquire 6699 Dunblane Avenue near Metrotown for a 36-storey residential tower.