The new chief of Lheidli T'enneh First Nation confirms support of gas industry as Nation develops a 40-acre industrial park with partners near Prince George
May 12, 2021 4:09 PM By: Hanna Petersen 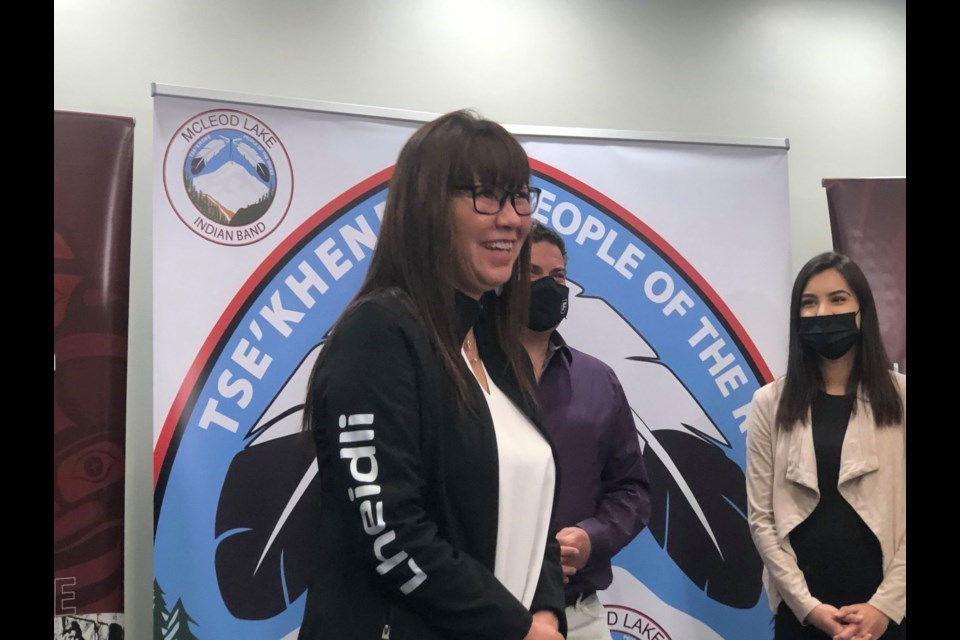 The newly elected chief and council of Lheidli T’enneh First Nation has confirmed its commitment to developing two projects related to the processing and upgrading of natural gas liquids (NGL). The projects could cost in excess of $1 billion.

Lheidli T’enneh has partnered with McLeod Lake Indian Band to develop the Shas Ti-Dlezeh Industrial Park 40 kilometres north of Prince George, where, along with Formula Capital Corporation (FCC), they are planning to develop an NGL processing complex.

“I feel positive in this new adventure we are taking,” Chief Dolleen Logan said during a May 12 press conference announcing the Lheidli T’enneh's partnership.

“I am excited about these two new projects and that we are working together with McLeod Lake because we do have a shared territory, and we are working closely with our neighbours, and Formula has come into join us to help move our Nations forward,” she added.

Formula Capital CEO Paul Tiefensee reconfirmed the company’s involvement with the project. He said the project is still in the pre-feasibility stage to determine the exact scope but it could be anywhere from a $1 billion to a $2 billion investment.

“We understand what it costs, we understand what the scope is, and we have hired some really good consultants to get us through some of those stages and once we know what that project looks like we can start to talk about the costs and how we are going to fund it.”

In terms of how many jobs the proposed projects could bring, Tiefensee said it is too early in the process to commit to an exact number, but it could be huge, Tiefensee said.

“There will be a substantial amount of jobs created in the construction of the industrial park, and in the NGL facility – there will also be ongoing jobs to operate both of those.”

Lheildi T’enneh Nation and McLeod Lake Indian Band have been working together on these projects since June 2020 and announced FCL’s involvement in February.

Both Nations said they feel strongly that projects like this, led by local First Nations, can be successfully constructed in partnership with local companies and communities.