Most expensive condoi ever listed in the Okanagan, penthouse shares more than acre of amenity space in a 36-storey tower
Mar 10, 2021 9:51 AM By: Miriam Halpenny,Castanet 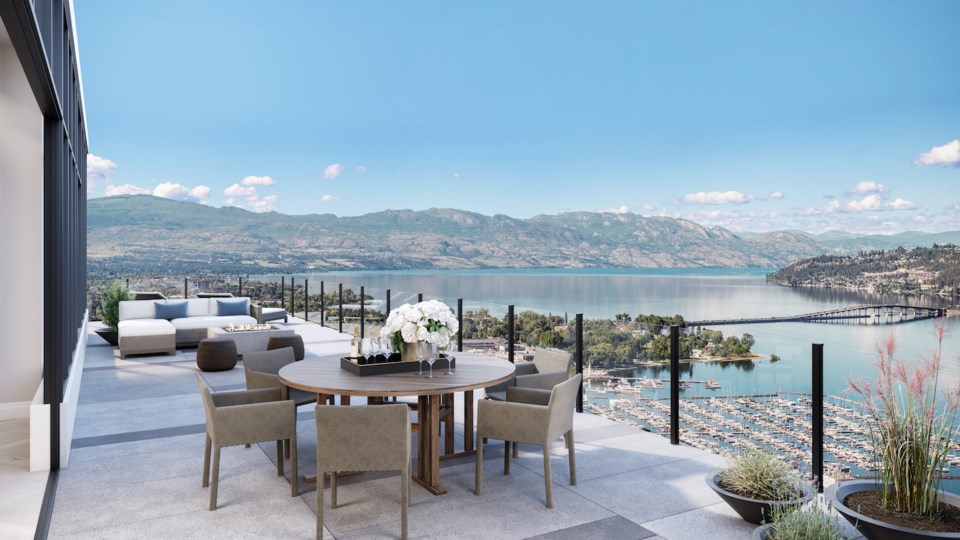 High above Okanagan Lake on the 36th storey of One Water Street’s east tower, the penthouse worth $10 million is the highest-priced condo listing in the history of Okanagan real estate.

Once complete, the luxury three-bedroom home will be complemented by an additional 2,600 square-feet of balcony space.

Developed by North American Development Group and Kerkhoff Construction, the penthouse is priced at nearly three times the highest valued condo previously sold on Multiple Listing Service in the Okanagan.

“This is a world class tower. There’s nothing like this in Kelowna. I think it really puts downtown Kelowna on the map in comparison to downtown Vancouver or downtown Calgary or Edmonton. There’s a strong urban vibe here in Kelowna now. People do want to live in the core,” Bereznicki said.

The interior space is designed by Toronto-based Gluckstein Design and the penthouse is part of One Water Street’s Reserve Collection, a selection of two-bedroom and penthouse residences.

“Our goal with the One Water Street Reserve Collection is to provide an elevated living experience for discerning buyers” said Bereznicki.

Residents of One Water Street will also get access to The Bench — a 1.3-acre area on the fourth floor with a variety of resort style amenities including two outdoor swimming pools, a hot tub, fire pits, yoga and Pilates studio, kitchen area, entertainment area and pickleball court.

“There has been a surge in demand for luxury properties outside of major metropolitan areas since the start of the pandemic, launching cities like Kelowna onto the national and global map,” said president and CEO of Sotheby’s International Realty Canada Don Kottick.

One Water Street’s east tower features 427 condo units and is located on the corner of Water Street and Sunset Blvd, in the north-end of downtown’s cultural district.

“Half of our buyers came from Kelowna which surprised us. We thought there would be a large influx of people from other cities but basically, it’s about half Kelowna residents, about 40 per cent from the rest of British Columbia — a lot of Lower Mainland buyers and the balance would be Alberta with a handful of people from the United States.”

One Water Street is expected to be complete in 2021. The penthouse unit will be custom finished to the buyer’s requirements.