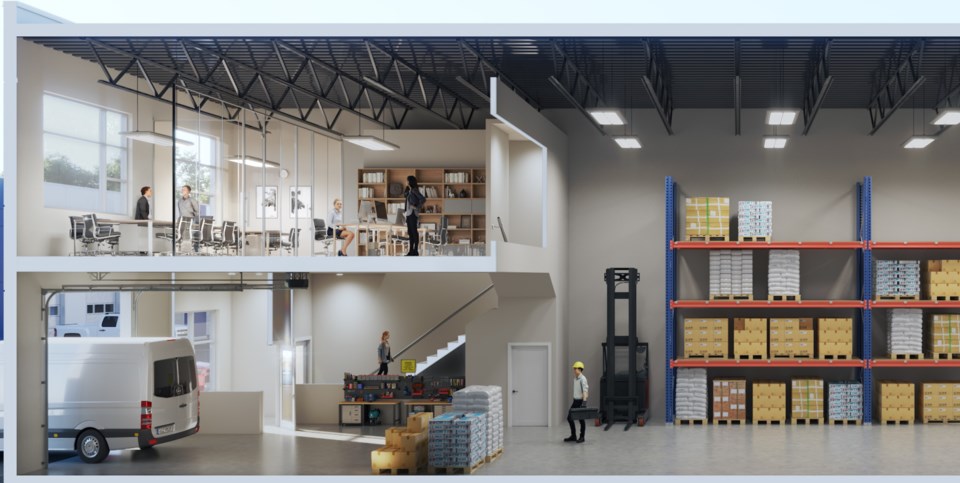 Metro Vancouver now has the lowest industrial vacancy rate in North America, a 0.7 per cent in the first quarter of 2021, and the highest industrial lease rates in Canada.

This, combined with the infamous appreciation performance of Vancouver-area real estate, and rock-bottom financing rates, has persuaded a growing number of industrial customers to buy their space rather than lease.

The soaring lease rates are also persuading investors to purchase strata industrial and lease it out, adding a further impetus to an already hot market.

This year, strata developments account for one third of the 1.9 million square feet of new industrial supply underway in Metro Vancouver, according to Avison Young

“The increasing pricing that strata units can command – supported by low- cost capital – has stimulated the continued appreciation in the value of industrial land, which remains severely constrained and, thus, also contributes to driving pricing even higher,” Avison Young noted in his most recent report on the B.C. industrial sector.

“After tremendous lease rate growth in 2020, it was expected that lease rates would grow at a more stable rate in 2021. However, given the extremely low vacancy rate, asking lease rates may increase at quicker rates than anticipated.,” noted Cushman & Wakefield research analyst Andrew Vandermay.

A Colliers International survey of major new speculative industrial projects under construction in Metro Vancouver found that three of the five where strata developments. The largest of these is a Conwest Group building on No. 3 Road, Richmond, at 250,000 square feet.

The biggest existing strata sale in the first quarter gives an indication of the values that large space now commands. The deal, for 81,000 square feet at the Riverside Centre in Richmond, closed at $26 million, equating to a price-per-square foot of $320.

The real money for developers – and investors – though, is in smaller strata footprints of light industrial of less than 5,000 square feet, where City of Vancouver prices can top $900 per square foot, and are often above $400 per square foot in the inner suburbs.

A Vancouver real estate agent, who asked to remain nameless,  said a client bought a new unit in a new North Vancouver industrial building two months ago for $570 per square foot.  Now, as the project nears opening,  similar strata  units in the complex are selling for $630 per square foot.

“Some North Vancouver industrial strata space is going for $800 to $900 per square foot,” the agent added.

The pricing means that a 2,000 square foot industrial strata could cost from $800,000 to $1.8 million – in some prime projects even higher - which is above the typical cost of a large Metro Vancouver residential condo. But industrial developers don’t need to pay for fancy kitchens and bathrooms or the level of finishing and amenities demanded in high-end residential strata.

In Langley, the new Langley Gateway, which begins construction this summer as the first strata industry project in the area in 15 years, is offering 90,000 square feet of light industrial in two buildings with prices above $400 per square foot.

“Industrial businesses are banging down the door for real estate,” Bohn said. “Buyers are motivated to secure ownership in a tightening industrial market.”

Early sales include investors as well as owner-occupiers, Frontline confirms.

Prices for Langley Gateway’s 28 units, which range from 2,600 to 3,600 square feet with front- or rear-grade loading options, are from $410 per square foot to $450 per square foot. The development, near Highway 1 and the 200th Street interchange, is by Denciti Development Corp., in partnership with Nicola Wealth Real Estate.