Vancouver-based parking giant Impark is turning parking spaces emptied by the pandemic into “ghost” kitchens for local restaurants
Jun 8, 2021 7:01 AM By: Tyler Orton, Business in Vancouver 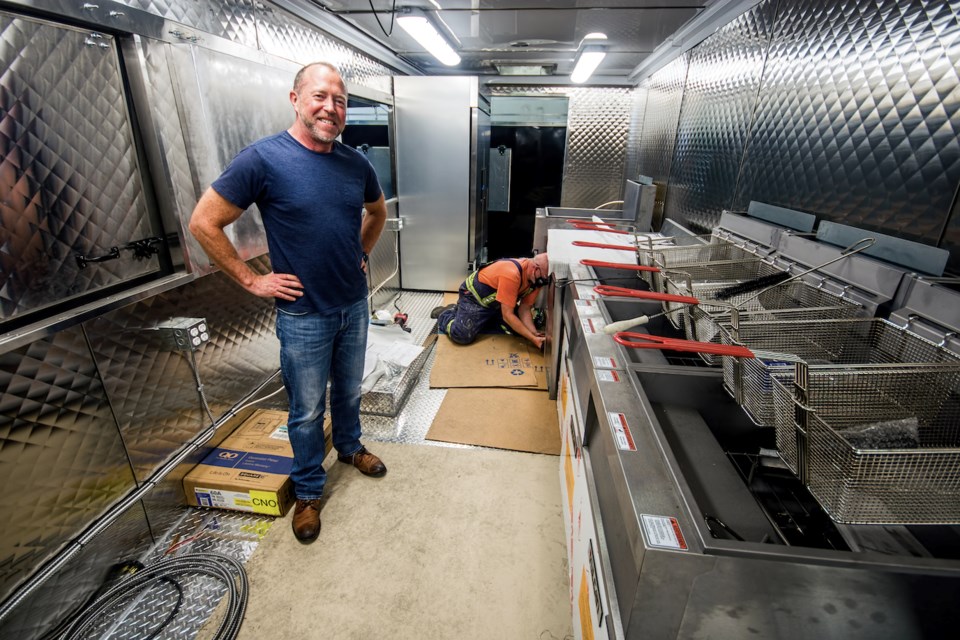 With commutes into Vancouver tapering off amid the pandemic, the packed parkades typical of the downtown core have given way to a ghost town ambience over the past year.

Rather than letting prime parking spots turn to graveyards, the parent company of Vancouver-based parking giant Impark is setting its sights on ghost kitchens.

“The pandemic I think was just an accelerating force in terms of trying to think about how best to diversify a lot of these assets,” said Mason Harrison, head of communications for Florida-based Reef Technology Inc., which acquired Impark in 2018.

Reef is now tapping Surrey’s Apollo Custom Manufacturing Ltd. to build at least two mobile kitchens to be deployed at Impark lots where local restaurants can get the American company’s cooks to prepare dishes on their behalf as part of a revenue-sharing agreement.

“We pay for all of the capital on operational costs. So that includes the business operations, kitchen operations and food preparation. And then after we pay that restaurant a percentage of the top line sales, we cover all the costs, including supplies, labour, marketing,” Harrison said, adding that delivery costs are covered as well.

“The margins for restaurants are already like quite small. We’re talking 7 per cent or so off of the total gross revenue. And so if we can double a restaurant owner’s revenue just by … helping them expand to two locations instead of one, that’s game changing for the entrepreneur.”

Sophia Cote, Reef’s head of public affairs for Canada, said the company is working with city hall on the permitting for the enterprise, because the ghost kitchens are not technically food trucks or bricks-and-mortar restaurants.

The hope is that local restaurants can begin partnering with Reef on the ghost kitchen business model by mid-July.

Apollo, which is building two mobile kitchens for Reef, has an option to build seven more for the Florida company.

“We’ve never been as busy as we are now,” said Rob Mallory, Apollo’s sales and marketing manager.

“We’ve had a lot of even local businesses decide that their brick-and-mortar [restaurant] was too expensive. They have enough … customers that they can close up the brick-and-mortar and take it mobile, and use their name and their current customer base.”

The typical street food vendor operates in a working space about 4.5 to 5.5 metres long; the ghost kitchens Apollo is building for Reef are 8.5 metres.

Mallory said the order for two units will be a test run for Reef to determine their functionality before deciding whether to use Apollo as a permanent ghost-kitchen supplier as the U.S. company expands throughout Canada.

Ian Tostenson, president and CEO of the BC Restaurant and Foodservices Association, said he doesn’t see this new emphasis on restaurant delivery fading even as pandemic restrictions are loosened and more British Columbians resume dining indoors.

“[The] takeout delivery business, which was a small part of my business before the pandemic, is now maybe 30 per cent of my business,” he said, referring to the industry at large.

“I do think that we are [better] positioned through all this in the future to withstand the next challenge that we have. I mean, when we started this [pandemic] primarily we were just … solely relying on in-store dining, but it’s been very creative around the edges to create other forms of revenue.”