The feds seek to ensure that assignment resellers are compliant with the Income Tax Act
Aug 30, 2017 7:00 AM By: Darryl Greer 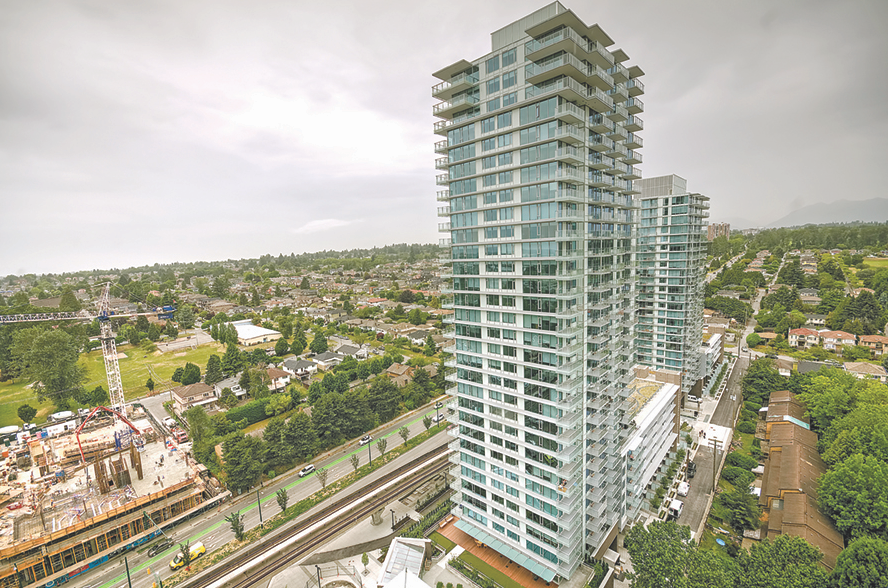 The federal government is taking the property developers behind the Marine Gateway project on Marine Drive in Vancouver and the Residences at West on southeast False Creek to court, probing for information on buyers who flipped their pre-sale contracts before construction was completed to verify compliance with the Income Tax Act.

In two applications filed in the Federal Court of Canada in June, the minister of national revenue wants to compel PCI Gateway Residential LP, PCI Gateway Residential GP Ltd., Executive-Argo False Creek (No. 1) LP, Executive-Argo False Creek (GP No. 1) Ltd. and 0742012 B.C. Ltd. to hand over information or documents on buyers who assigned their contracts prior to completion.

“Some persons who entered into agreements with the respondents for the purchase of condominium units ... before or while the units were still being constructed (the ‘Assignor’), assigned that purchase agreement to another person,” the applications state.

“The Minister seeks to verify compliance by those Assignor(s) with any duty or obligation under the [Income Tax Act] and the [Excise Tax Act] but is unable to obtain the identities of the unnamed Assignor(s) from [a] publicly available source.”

“In general, people who buy and resell homes in a short period for a profit may be engaged in property flipping. The CRA acquires and analyzes third-party data and uses this information to identify whether all income from property flipping is being reported correctly. The profits from flipping real estate are generally considered to be fully taxable as business income. The facts of each case determine whether such profits should be reported as business income or as a capital gain,” Morgan wrote.

Executive Group president Salim Sayani and Argo Ventures CEO Jason Hyunwoo Hong, owners of the numbered company, did not respond to Business in Vancouver’s requests for comment about the case.

The firms behind the Residences at West project at 1783 Manitoba Street began pre-sales for the first phase of the development in June 2012, featuring units starting at $294,900 for a one-bedroom, and up to $499,900 for a two-bedroom, with completion slated for 2014.

Units in the building are now worth considerably more.

In a phone interview with BIV, PCI Developments Corp. president Andrew Grant said he didn’t know why the government was targeting the Marine Gateway.

“It is a high-profile project,” Grant said. “If they were trying to get some data or track some assignments of contracts between our purchasers and subsequent people that closed on the units, then maybe they feel that because it’s high-profile and it’s large, that it would be more efficient to look at a project like that.”

Grant said pre-sales at Marine Gateway began in March 2012 and closed about four years later. He said the company took steps to verify buyers’ information and restricted purchases to one unit per buyer, eschewing bulk sales and sales to corporate entities.

“We had criteria in 2012, which was probably several years before some of this controversy and profile around foreign buyers came about, but we had a process,” he said.

“Our bank and our lenders, at that time [in] 2012, were concerned about knowing the origins of where people were coming from and the funds being used to buy, so it was relevant to us and we did a good, thorough job.”

He said they had “nothing to hide,” but the company would disclose information only if ordered to do so by the court under the proper authority out of respect for buyers’ privacy.

“They’ve requested some information and we are not going to provide or disclose any information on our purchasers or the purchase contracts without being assured that they have proper authority to get that information. If they have to go to court to get that, then so be it, and if they get that authority, we will co-operate, but only to the extent we’re required to,” he said.

“We’ll see what information that they request from the courts, and we have retained lawyers on this to make sure, because, as you can appreciate, there’s confidentiality involved. There’s all sorts of privacy rights that our buyers have and we want to make sure that we don’t breach anybody’s rights. And that anything we do, we have been properly requested and we’ll conform to that, to the extent that our lawyers agree to release that information.”

Grant added that while he couldn’t provide exact numbers on how many assignments occurred before construction of Marine Gateway was finished, anecdotally he didn’t think there were that many to raise eyebrows or attract scrutiny from federal tax authorities.