If face-to-face retail is really at death's door, some of B.C.’s most experienced developers and investors failed to get the memo
Mar 30, 2021 9:37 AM By: Frank O'brien 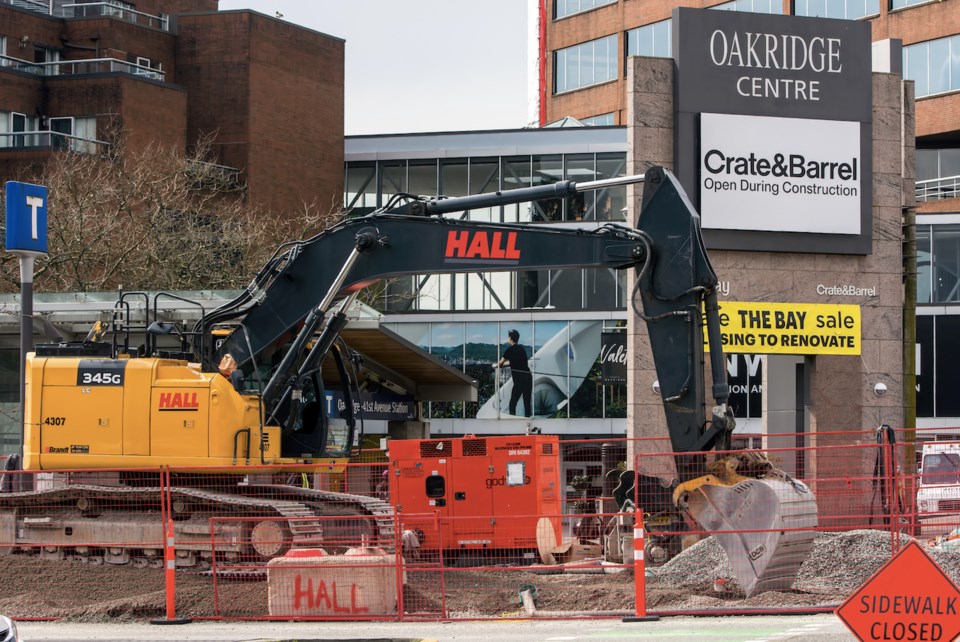 Don’t look up from your shopping screens, but bricks-and-mortar retail is now the foundation for B.C.’s biggest real estate developments and more than $600 million in investments, a year after the start of a pandemic that was forecast to drive the final nail into the coffin of storefront shopping.

The metrics do appear brutal.

Vacant retail space tripled in the second half of 2020, the biggest increases on record, pushing Metro Vancouver’s vacancy above 4 per cent.

“Vacancy rates in the retail sector are expected to move up dramatically into 2021, leading to a decline in market rents. On the demand side, 40 brands announced the closing of all their stores in Canada since March 2020 representing 1,100 stores that will close in 2021,” states a retail outlook released in February by Fiera Realty, and among the many gloomy forecasts for the sector.

Canadian retailers finished 2020 with $606 billion in sales, down 1.4 per cent from 2019. This was the largest annual decline since the 2009 recession, according to Statistics Canada, but lower than many expected when COVID-19 began.

B.C. was an outlier, posting a 2.3 per cent year-over-year increase in consumer spending in 2002 to lead the entire country.

However, despite a 70 per cent surge in online shopping last year, e-commerce accounted for less than 6 per cent of Canada’s total retail trade in 2020.

If face-to-face retail is indeed at deaths door, some of B.C.’s largest and most experienced developers failed to get the memo.

This year, approximately 3.2 million square feet of new retail space is either under construction or nearly complete from downtown Vancouver to the eastern Fraser Valley.

Shape Properties is now ushering the latest big-name tenants into 1.1 million square feet of retail space recently finished at its Amazing Brentwood development in North Burnaby. A few SkyTrain stops later, more than 1.5 million square feet of shopping space is the foundation of the $7 billion City of Lougheed development, also by Shape, on the Burnaby-Coquitlam border.

Latimer Village, the largest mixed-use development in the Township of Langley, includes 34,000 square feet of retail space and 60% of the space is leased though it won’t complete until 2022.

In South Surrey, Bosa Commercial included 50,000 square feet of retail in its twin-tower Miramar Village that completed late in 2020. Retail is also embedded in the majority of the new office and residential towers arising in Surrey’s downtown.

In downtown Vancouver, QuadReal’s Post development – one of the largest new commercial projects in B.C. – will include 185,000 square feet of retail, anchored by a massive 50,000-square-foot Loblaws, which will be the largest grocery store downtown when it opens next year.

Cadillac Fairview’s flagship Pacific Centre mall is replacing its landmark Georgia Street annex to add 14,000 square feet of retail over three floors, with all the space claimed for a new Apple outlet.

The 28-acre Oakridge Centre is touted as the single biggest real estate development in Vancouver’s history, according to co-developers QuadReal Property Group and Westbank Corp. It will deliver nearly 500,000 square feet of new retail, including a massive new Hudson’s Bay store, when it opens in 2024. The existing 574,000-square-foot shopping centre will be transformed into a 4.5 million square foot hub of retail, residential, workspace, parks, and civic space,

But bricks-and-mortar retail is the foundation of it all.

Meanwhile, existing retail properties in B.C. continue to be in demand.

In the fourth quarter of 2020, sales of Metro Vancouver retail properties soared 50 per cent in total volume compared to the same period in 2019, according to Altus Group, which expressed “surprise” at the increase.

In all, Avison Young reports, sales of retail property in B.C. in 2020 reached 46 deals valued at $606 million. In terms of dollar volume, the overall value fell to its lowest point since 2009, but sales increased sharply as the year ended.

The $276 million in sales during the last three months of 2020 included the 139,000-square foot Trenant Park Square, a Delta shopping centre, which sold for $64.5 million to Keltic Canada Development, and the December sale of London Plaza in Richmond, closing for $57 million The 108,000 square foot plaza was sold by the Investors Group to a private investor for $538 per square foot.

Some of the larger Metro retail asset sales, agents suggest, are for future mixed-use development, likely with a larger retail component and residential.

Vancouver Island posted the largest retail asset sale in the second half of 2020, with the Woodgrove Centre in Nanaimo transacting to a new, private investor who immigrated from China, for $99.9 million.

“Investor’s and developers are not wrong. We will see a gradual bricks and mortar revival,” said Neil McAllister, senior vice-president, retail, with Lee and Associates, a Vancouver real estate agency.

“Online shopping has made huge gains, especially due to the pandemic, but consumers are experiencing shipping errors, hassle of returns and even increased pilferage of packages. There is an opportunity for bricks- and-mortar retailers to regain lost market share,” McAllister said.