Major industrial developer snaps up 13 acres in Langford that is zoned for a wide variety of light industrial and commercial options
Oct 7, 2020 10:15 AM By: Andrew Duffy,Times Colonist 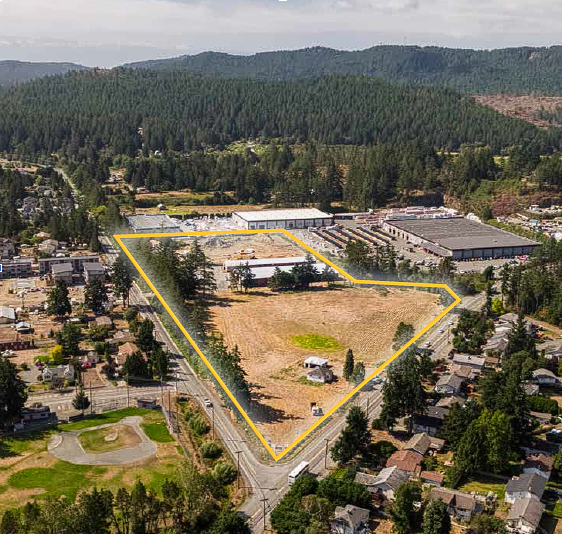 Langford site is zoned for industrial and commercial use. | Colliers International

One of the largest industrial developers in Western Canada has snapped up a 13-acre portion of Langford as it its first foray into Vancouver Island.

Beedie, based in Burnaby, has acquired three parcels of land bordered by Sooke and Luxton roads with the intention of ­developing the site as soon as it can.

No sale price was given for the site, but Colliers listed it for $17.5 million. It had been listed as high as $19.9 million in 2018 by another company.

.The current zoning permits uses including, but not limited to,  light manufacturing, light industrial, offices, storage, film production or even restaurants.

Lauren Horsman, Beedie’s acquisitions manager, said they are working with Langford’s engineering department and hope to get shovels into the ground soon.

“At this point we are still in the early assessment stages and cannot confirm the final form of development,” she said. “I think it will be pretty market dependent, but it’s hard to say right now.”

Most of the Beedie’s work on the Lower Mainland and Alberta is light-industrial ­development in excess of 200,000 square feet.

Beedie has developed more than 30 million square feet of construction in Canada since 1954, including massive distribution centres, manufacturing plants, warehouses and ­commercial spaces.

Colliers Victoria associate Dominic Ricciuti said the appeal of the land was its versatility and the tight industrial market on the Island. Vacancy rates on industrial land are currently below 1 per cent.

“They were interested in capitalizing on those dynamics,” he said.

Ricciuti said ]the lack of light industrial space in the region means Beedie could afford to flexible in their plans.

“There is pent-up demand,” he said.

The sale is Beedie’s first acquisition on the Island. ­Horsman said the decision to cross the strait came down to the market conditions.