Revenue slows but still grows in tourism-heavy B.C., while oil-hit Alberta struggles to fill rooms
Dec 4, 2019 10:17 AM By: Peter Mitham 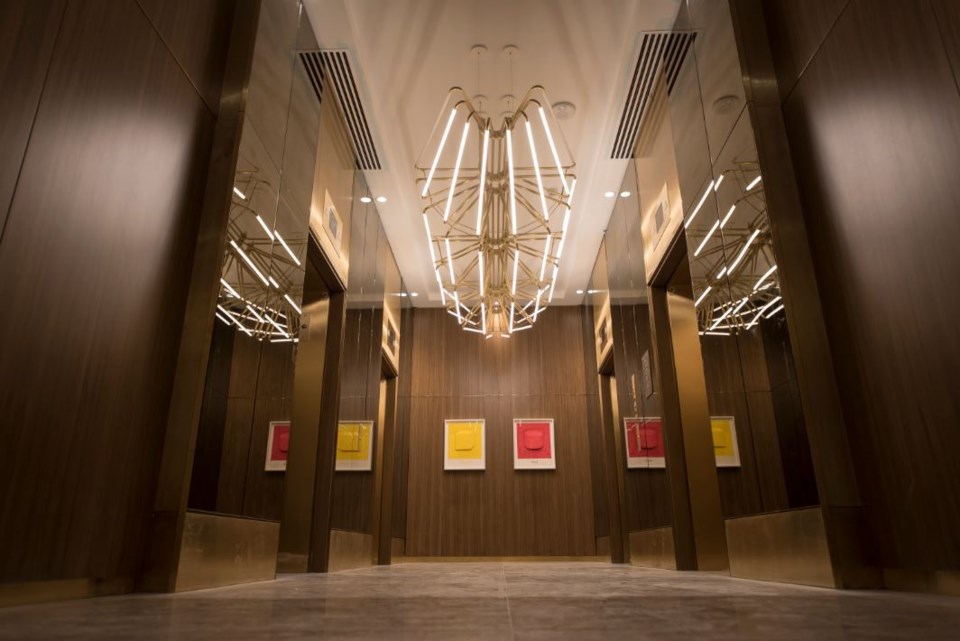 The lobby of the JW Marriott, one of two hotels on the Parq Vancouver property. Photo Christopher Morris


Hotel activity in Canada may have flattened over the past year, but a key takeaway from the Western Canadian Lodging Conference at the JW Marriott Parq Vancouver last week was that B.C. can thank an active conference and tourist trade for another good year.

B.C. hotels saw growth of revenue per available room (RevPAR) drop from a lofty 10 per cent to just 3 per cent over the past year, which sounds like a disaster except for the fact that growth across the country has fallen from about 5.5 per cent last year to near zero. Nationally, the slowdown could last two years, said Carrie Russell, managing director of HVS Canada, but B.C. is poised to continue enjoying good times for the foreseeable future.

Steady growth in demand and a lacklustre increase of just 240 rooms, or 0.4 per cent of the total stock, mean stiff competition for existing rooms. This will put upward pressure on nightly rates and room revenue.

“There’s certainly potential for more traffic, more tourism, to come into Vancouver,” Russell said. “[But] we’re starting to max out our occupancy levels and get some rate sensitivity there.”

The situation in B.C. is quite the opposite from that of Alberta, which continues to wince from oilpatch woes.

“Tourism, as much as it’s strong in B.C., it’s still a smaller component in Alberta,” said Greg Kwong, executive vice-president and regional managing director of CBRE Hotels in Calgary. “What’s going to stimulate Western Canada … is capital investment into the energy sector, and that in turn will filter down to the lodging industry.”

Participants in last week’s conference didn’t see the hard times ending any time soon, with the supply of rooms in Alberta growing at 3 per cent (a whopping 3,000 rooms) while a lack of business travel keeps many properties underperforming. RevPAR shrank 2 per cent last year.

“[It’s] a lot of supply being absorbed in an environment where we haven’t seen a ton of demand growth,” Russell observed.

Big Picture Conferences, organizer of the Western Canadian Lodging Conference, did announce that it would do its part to correct the matter, however. The 2020 edition of the conference will be held in Calgary, kicking off a tradition of moving between venues in B.C. and Alberta to make the conference that much more western Canadian.

While participants in the Western Canadian Lodging Conference last week railed against the hit Alberta’s oilpatch is taking, participants in an Urban Land Institute (ULI) discussion of emerging trends facing real estate in 2020 focused on the need to address climate change.

While the threat registers in Alberta — “I’ve not met an Albertan who denies climate change; we all get it,” CBRE Hotels’ Kwong told the lodging conference — PricewaterhouseCoopers real estate research director Andy Warren flashed a Washington Post headline at ULI members declaring, “Canada’s election results are a victory for the planet.” This leaves one to conclude that Alberta’s results were a disaster for the planet, at least in the eyes of Sweden’s central bank, which recently divested itself of bonds issued by the province.

“I do think over time that there’s going to be a valuation, a cap rate impact,” said Tim Grant, vice-president of development with PCI Group.

Wendy Waters, vice-president of research services and strategy at GWL Realty Advisors Inc., agreed, saying lenders and investors are already asking for a statement of the vulnerability of assets to natural disasters. It’s voluntary today but could eventually become mandatory, eroding the value of some assets.

“The market sentiment could change on certain assets in certain locations,” she said. “One of the things that makes me nervous as well is we could be seeing a change along those lines, in addition to the actual risks from the environmental change itself.”