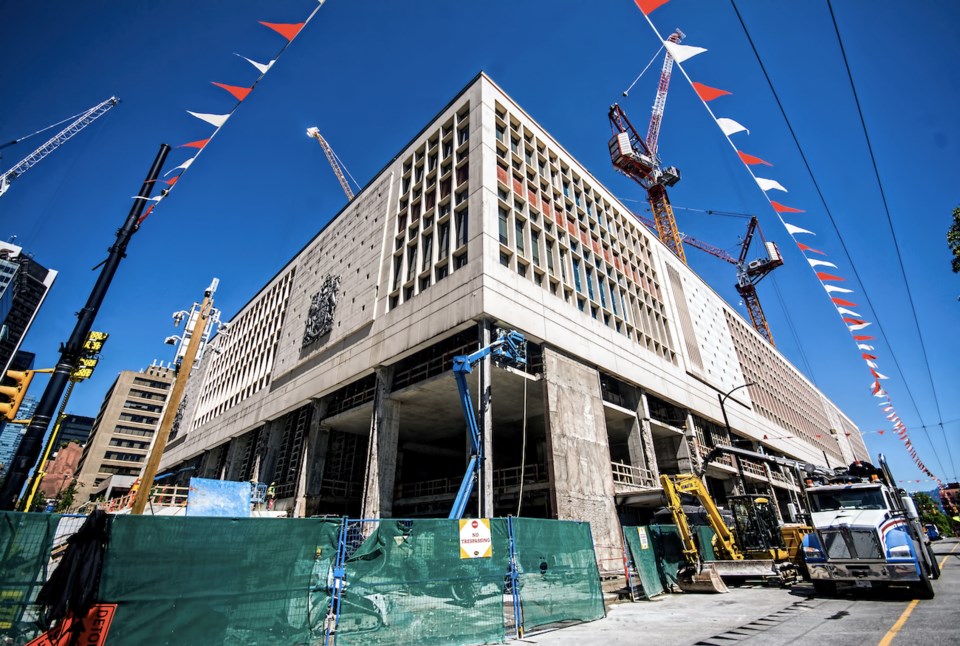 Amazon.com Inc. has taken an additional 680,000 square feet of office space at the new Post complex in downtown Vancouver, where the Seattle-based tech giant had already pre-leased 416,000 square feet.

Amazon revealed September 28 that it’s expanding hiring at both its West Coast and Toronto offices, to the tune of 3,500 workers.

The vast majority of those extra workers — 3,000 — will be based in Vancouver at the old Canada Post building, which will see two towers sprouting from the classic façade in the Post project.

Amazon will lease a total of 18 floors in the building’s North Tower and 17 floors in its South Tower, with 6,000 workers total.

Amazon embarked on a search for an “HQ2” in 2017, issuing an opening invitation to cities across North America to make a pitch as to why they should host the company’s second home.

It finally decided to split its HQ2 between two locations in New York City and Virginia.

But since the HQ2 bid, Amazon has taken an increasing liking to Vancouver, committing in November 2017 to hire an additional 1,000 workers in the city.

Amazon, however, told BIV in May it had no plans to back out of its expansion plans for the city. Amazon currently has more than 21,000 workers based in Canada, including those at tech hubs and distribution centres.

The West Georgia Street Post redevelopment by QuadReal, of the 1950’s Canada Post building, is expected to be completed by 2023.