One acre with industrial potential sold at full asking price after 99 phone calls, 50 texts and 50 emails from potential buyers in the first 24 hours
Mar 19, 2021 2:37 PM By: Frank O'brien 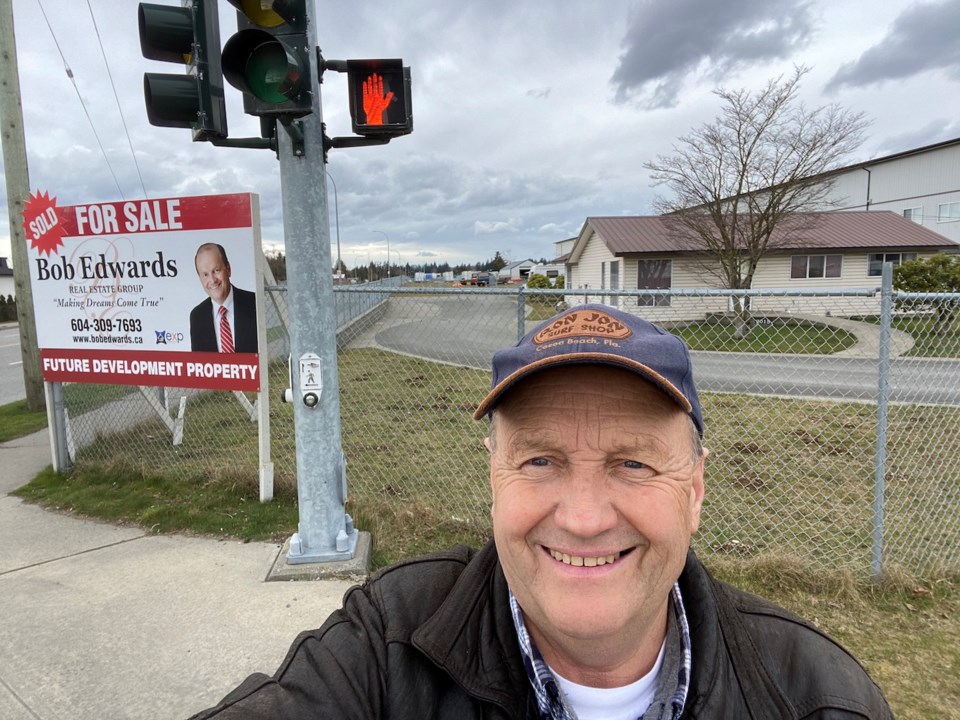 Veteran Fraser Valley commercial real estate agent Bob Edwards got a lesson in the industrial real estate demand February 26 when he listed a 1.05-acre parcel that has the potential to be zoned industrial in West Abbotsford.

In less than 24 hours after advertising the listing, Edwards received 99 calls from potential buyers, along with at least 50 text messages and 50 emails.

The four top bidders all presented no subject offers and the parcel sold for the full asking price of $2,988,800, according to Edwards, 66, agent/owner at Exp Realty, Abbotsford.

“I was offered over $3 million, but that buyer had a number of subjects,” he said.

The property now contains a private house and a storage shed on land zoned A1 (rural agriculture) but has been approved for industrial use under Abbotsford’s official community plan. The property would require re-zoning to industrial.

The winning bidder for the property spotted Edwards, who is well known in the community, on the site the first day of the listing and pulled his jeep into the gravelled yard to talk. Another potential buyer was already on the site.

“It was nuts,” Edwards said, “It was sold before the sign even went up.”

The property transacted for well above the BC Assessment value of $1.67 million.

Abbotsford is seeing record demand for industrial real estate because industrial land is becoming scarce right across the Lower Mainland.

The Metro Vancouver Regional Industrial Lands Strategy Report, released June 2020, found the region, as of 2015, had only 28,000 acres of industrial land, but that 80 per cent of that had already been developed.

Only 1.1 per cent of Abbotsford’s 8.8 million square feet of industrial space is vacant, according to a third-quarter 2020 survey from Colliers International.

There is 460,000 square feet of new industrial buildings are currently under construction in Abbotsford, representing nearly 14 per cent of all industrial development in the Lower Mainland.

“The Abbotsford industrial market has exploded,” confirmed a November 2020 report from Valley-based Frontline Real Estate Services Ltd., characterized by industrial property sales more than tripling over the past five years.

In 2019, a record 34 transactions totalling $82 million were seen in West Abbotsford’s industrial district, up from 22 sales worth $50 million a year earlier.

“2020 continued to see insatiable demand and new price records across all property types, despite the outbreak of a global pandemic and looming economic uncertainty,” said Frontline agent Braydon Hobbs, who prepared the industrial report with co-agent Todd Bohn.

Edwards said he was just happy to be instrumental in putting together a deal that made both the seller – who had bought the land decades ago for a family residence - and the buyer happy.