With the right policies, Canada’s resource and manufacturing industries could create 2.6 million new jobs, increase Canada’s GDP by 17 per cent and secure country’s future
Aug 20, 2020 9:41 AM By: Nelson Bennett,Business In Vancouver 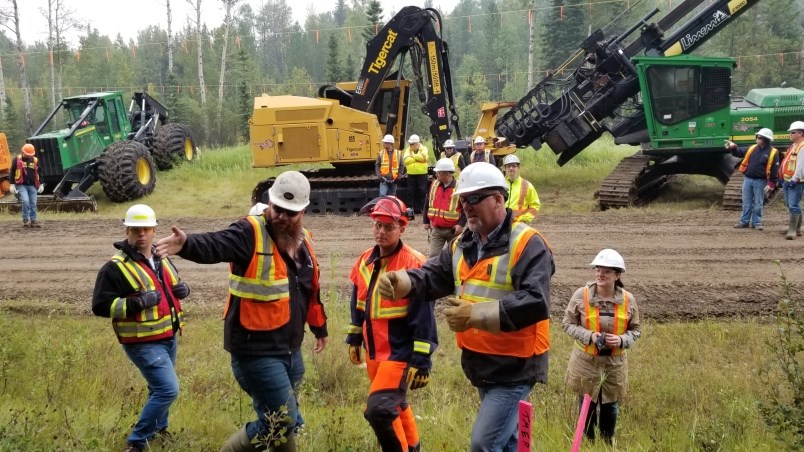 Ottawa should acknowledge that Canada is a resource-based economy, and if it really wants to accelerate a post-pandemic economic recovery, its policies should be designed to help resource and manufacturing industries do what they have always done: put people to work.

That is the gist of an 83-page report from a coalition of 36 Canadian business groups, trade unions, First Nations groups, chambers of commerce, think-tanks and industry associations.

Economic modelling by G. Kent Fellows, professor of public policy at the University of Calgary, estimates Canada’s resource and manufacturing industries could create 2.6 million new jobs and increase Canada’s GDP by 17 per cent, with the right policies.

The report will be submitted to the federal government and the Industry Strategy Council.

It makes recommendations on how the federal government can leverage Canada’s existing resource and manufacturing industries to help speed Canada’s economic recovery.

It acknowledges the need to focus on innovation and decarbonisation, but one of the task force’s advisers warns against a hyper-focus on a “green” recovery that is still somewhat ill-defined.

"Minister (Chrystia) Freeland is talking about a green recovery," said Adam Pankratz, an economics professor at the University of BC's Sauder School of Business and task force advisor. "And we don't really know what that means yet."

If "green" is going to be the defining colour of a federal economic recovery plan, the task force puts forward some specific recommendations for focus, including carbon capture, hydrogen production, power grid enhancements and fast-tracking small modular nuclear reactor development.

“If the economy is going to get going after COVID, we really have to recognize where our natural competitive and comparative advantages are in the world, and make sure that those are a key part of it going forward,” Pankratz said.

“A move to decarbonisation and a transition to green energy, the report is supportive of that, but that is not what should be happening for Canada’s economy out of the gate. We have to take advantage of what we have right now – our natural resources – and that is what is going to get our economy going.”

The report does not offer much in the way of "shovel-ready" investments designed to immediately kickstart things. Some of the big projects that will help stimulate the Canadian economy are, in fact, already underway, including the Trans Mountain pipeline expansion, LNG Canada project and related Coastal GasLink pipeline, to name a few.

The task force's recommendations for improving conditions for resource and manufacturing sectors are more long-term in nature. Building small modular nuclear reactors, for example, is something that would likely take a decade, from start to finish.

However, as Pankratz points out, things like tax policy changes is something that can have immediate impacts that improve productivity and spur investment.

"We can talk about better carbon tax credits and so on," Pankratz said. "These things can happen right away."

Some of the recommendations in the task force report include:

·       raising the federal SR&ED investment tax credit to 20 per cent from the current 15 per cent;