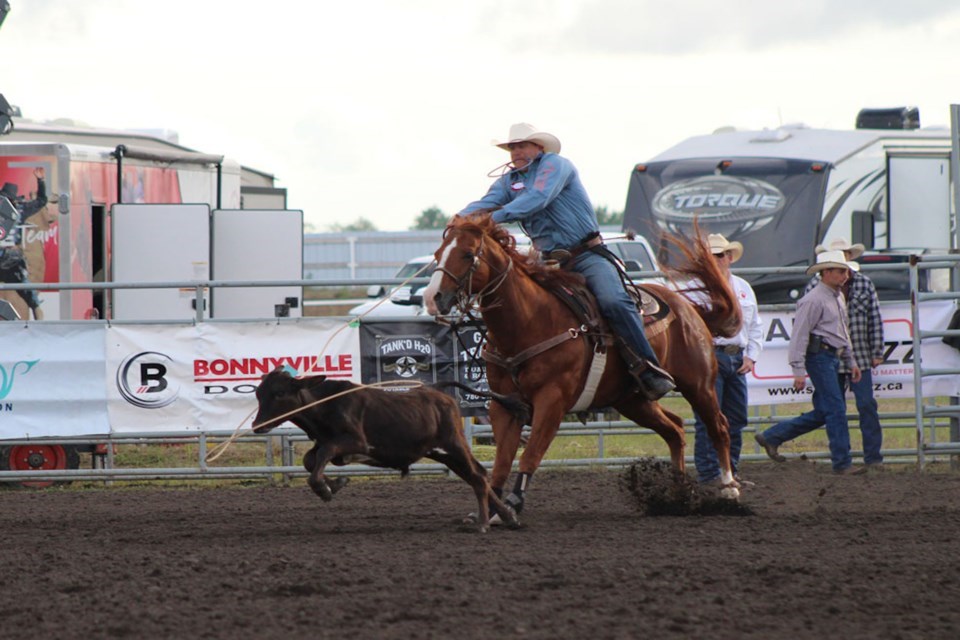 The Bonnyville Pro Rodeo will be happening July 9-11. | Bonnyville Nouvelle

With Alberta officially opening for the summer, the first rodeo will open this month In Bonnyville Pro Rodeo and Xtreme Indian Relay Races.

The rodeo is held July 9-11 at the town’s rodeo grounds, said Mitch Michaud, president of the Bonnyville Ag Society.

“It’s the first rodeo in a year-and-a-half and, officially, the first sanctioned rodeo in Canada this year,” Michaud said

The action at the ag grounds isn’t all residents have to look forward to. The Let’s Go Lakeland Parade is set to kick off the festivities on July 9 along main street in Bonnyville at 2 p.m.

Serina Parsons, executive director of the Bonnyville and District Chamber of Commerce, said they wanted to organize the event to celebrate the area and “everything that we’ve been through in the last year-and-a-half.”

This will be the second time the Xtreme Indian Relay Racing has made a stop at the Bonnyville rodeo grounds since May 2019.

Michaud encouraged everyone to attend the event.

Stage 3 of Alberta's Open for Summer plan began on July 1.

A ban on indoor social gatherings and restrictions on outdoor gatherings has been lifted. Capacity limits for businesses and places of worship are gone. Laws mandating masks have also been rescinded.

Premier Jason Kenney, at a press release announcing Step 3, called on Albertans to act responsibly under the new, more open environment. He added the risk is worth the rewards.

"People will get infected. Some people will get sick. Regrettably, a few people likely will pass away, as has been the case forever with influenza, but we don't shut down society to deal with that kind of limited and controllable risk. We manage the risk. The vaccines give us a superpower to manage it. Let's embrace that,” the Premier said.