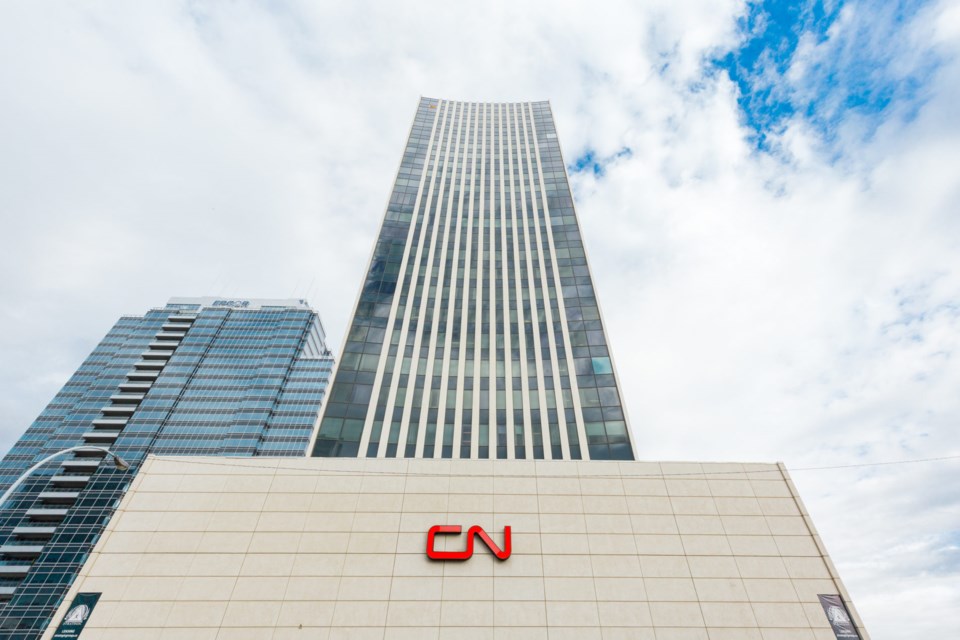 The 26-storey CN tower in downtown Edmonton has sold for $10 cash and assumption of a $64.1 million debt.

“That is well above the current market price in Edmonton,” noted appraiser Joel Andreson of Avison Young evaulation services, Edmonton, who said large – and partially vacant – downtown office towers are posting the lowest commercial real estate prices in the city.

The Alberta Assessment 2020 value of the CN tower building is $48.6 million, which is less than the $55 million price the tower last sold for 10 years ago.

“We are seeing office towers selling for $100 per square foot, or even just for the land value if they have a lot of vacancies,” Andreson said, “Values have really come down over the past five years.”

Nathan Gettel of the Network, an Alberta real estate research firm, noted that the B.C. purchaser and the first mortgage holder are affiliated. “The sale basically involves assumption of debt,” he said.

The tower was purchased by Vancouver-based Trez CN Tower Holdings Ltd. on October 18, 2020.

In November, a 30-storey downtown office tower sold for $96.4 million as Edmonton’s last big office sale of 2020. The 409,000-square foot building on a prime downtown corner site on Jasper Avenue was bought by Redstone Holdings Ltd. of Surrey B.C., which put up $33.7 million in cash and assumed the outstanding debt.

The Class A tower, known as the Canadian Western Bank Plaza, has a relatively low vacancy of around 9 per cent. It previously sold 10 years ago for $125 million, according to Alberta Assessment reports released by the Network to Western Investor.

Edmonton's big Class A and Class AAA office buildings have been hammered by an exodus of energy tenants, and the pandemic. Of the 480,000 square feet of sublease space pushed back onto the downtown market in the fourth quarter of last year, 451,000 was in top-tier towers, according to Colliers International.

Edmonton’s downtown office vacancy rate is 16.6 per cent, according to Avison Young, second highest to Calgary among major Canadian cities.

Sublease space in Edmonton’s downtown government district, where the vacancy rate in Class A buildings has hit 21 per cent, could increase. The Alberta government is trumpeting a reduction in spending as it prepares its budget, expected to be released in February, Avison Young noted.