If York Properties bid is successful, the $50 million industrial build-to-suit would surpass in size all the major industrial construction projects now underway across Greater Victoria
Apr 28, 2021 4:33 PM By: Wi Staff 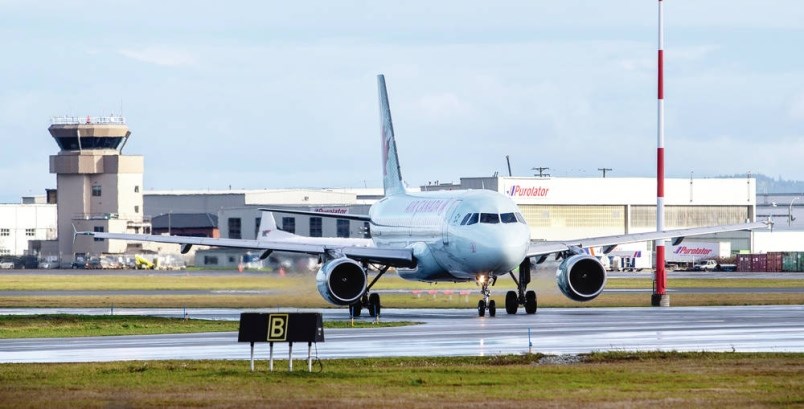 Edmonton-based York Properties has submitted a proposal for an industrial centre at Victoria International Airport that would total more space than all the major industrial construction projects underway in Greater Victoria.

York Properties of Edmonton would construct the building on a 7.7-acre site as a ‘last-mile’ distribution centre for a client whose name is not being released yet, York spokesman Matt Woolsey said April 27.

Plans call for a 75-foot-tall, 486,937-square-foot building, including a parkade. In comparison, the total size of the four largest industrial developments currently underway in Greater Victoria is 467,000 square feet, according to a first-quarter 2021 report from Colliers International, Victoria.

The proposal is moving through the approval process with the airport authority, Woolsey said, adding if York is able to build the distribution centre, it will sign a lease and start construction as soon as necessary permits are granted. The airport leases land for development, with terms ranging up to 30 years and longer.

Ideally, the centre would open in spring 2022, Woolsey said. It would be located in the MacDonald East industrial zone at the airport.

There will be room for close to 800 parking stalls, with delivery drivers leaving at various times, he said.

Rod Hunchak, director of airport development, said the centre fits the airport authority’s efforts to help develop an economic generator and hub on its lands. It would be among several other industrial operations, some devoted to transportation.

Build-to-suit industrial is becoming attractive option in the Victoria area because of tight vacancies and rising lease costs.

Greater Victoria has the second-lowest industrial vacancy rate in Canada at 0.7 per cent and development land is scarce, according to Colliers.

The resultant pressure on rental rates is predicted to continue for the rest of 2021. Industrial net rental rates have increased to $15.61 per square foot, up about 4 per cent from a year earlier and about $1.52 per square foot higher than the average anywhere else in the country, the agency noted.

York Properties, founded in Edmonton in 1985, is a privately held, family-owned business that is well known for build-to-suit projects. Recently York partnered with Cameron Developments to develop and build various projects on 100 acres of industrial land in the County of Leduc, Alberta, and it has built and renovated build-to-suit projects in both Edmonton and Calgary.