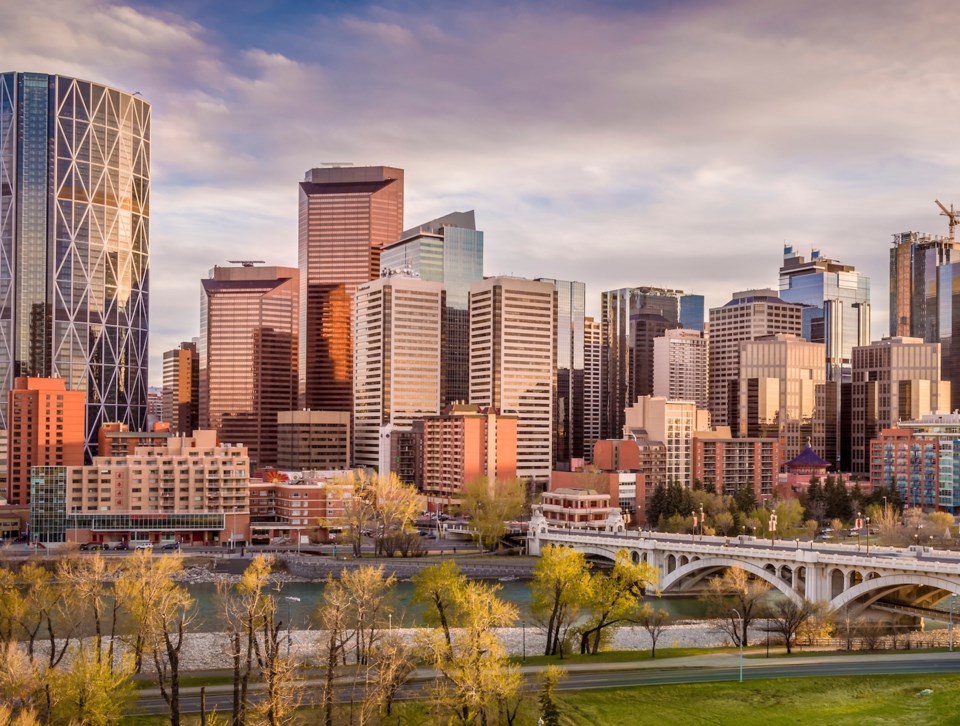 Calgary office sales are up but prices lower this year. | Getty images

Lower prices appear a draw as commercial real estate buyers flooded back into Calgary during the first quarter (Q1) of 2021, driving total land and property sales up 74 per cent from a year earlier. Despite the much higher sales, prices paid were down 26 per cent from a year ago, to $525 million.

As an example, office property sales, at nine transactions, were nearly identical to Q1 2020, but the value of sales dropped to $36.2 million, down from $174 million.

“The year-over-year [office] decrease is due to investors’ focus on small buildings with correspondingly small price tags,” explained Nathan Gettell, president of The Network, the real estate research firm that provided the Q1 data.

Land led the Calgary sales curve, posting a total investment of approximately $138 million while multi-family transactions revealed a sharp decline in per-suite values, according to the 2021 report

Here is The Network’s breakdown of the commercial real estate action through the first three months of this year compared to Q1 2020.

Land:Year-over-year, dollar volume decreased slightly to $137 million from $142 million a year earlier. Sales, however, increased to 27 from 17 in Q1 2020. The stand-out transaction this year was the $57 million purchase of 532 acres at 72 St & 210 Ave SE, by a numbered company. Urban infill and agriculture land accounted for approximately $73 million in transactions, while eight multi-family land sales totalled more than $8 million.

Multi-family: Rental investors maintained a consistent interest in multi-family properties. In the first three months of 2021, 13 sales totalling $45 million were completed versus nine sales valued at $55 million one year prior. There was a substantial year-over-year decrease in the price per suite. During Q1 2021, multi-family properties sold for an average of $144,000 per door, down from $186,000 per door a year earlier. Cap rates came in at 3.6 per cent at March 31st, 2021 versus 4.7 per cent last year.

Industrial:Owner/users accounted for 23 of the 28 transactions completed during Q1 2021, spending $113.7 million of the total $136.7 million. The largest transaction by this group was the $24 million purchase of 4884 72 Ave SE, a 226,614 square foot warehouse by Groupe Touchette Real Estate Inc. Notably, all but two of the industrial properties to change hands this quarter were warehouses.. The average price per square foot increased to $185 per square foot, up from $169 per square foot a year ago.

Office:Nine office buildings sold during the first quarter of 2021; just one less than during Q1 2020. Significantly, total dollar volume was just one-fifth of that seen last year at $36.2 million versus more than $174 million at March 31st, 2020. The largest transaction of Q1 2021 was the $16 million purchase of 79,000 square feet at 10325 Bonaventure Drive. The remaining eight buildings averaged just under 12,000 square feet and $2.5 million each.

Retail:Compared to Q1 2020, dollar volume invested in retail assets increased markedly to $96 million from $39 million. Activity was also higher at 17 transactions through the first quarter versus just seven a year earlier.

There were two very large sales of $16.6 million and $16 million, respectively; 11527 29 St SE and 6401-6449 Crowchild Trail SW. Also of note, selling for $993 per square foot was 101 Crowfoot Way NW – a Bank of Montreal branch bought by Otis Properties. It sits on an acre of land in the highly-densified Crowfoot Village retail district.